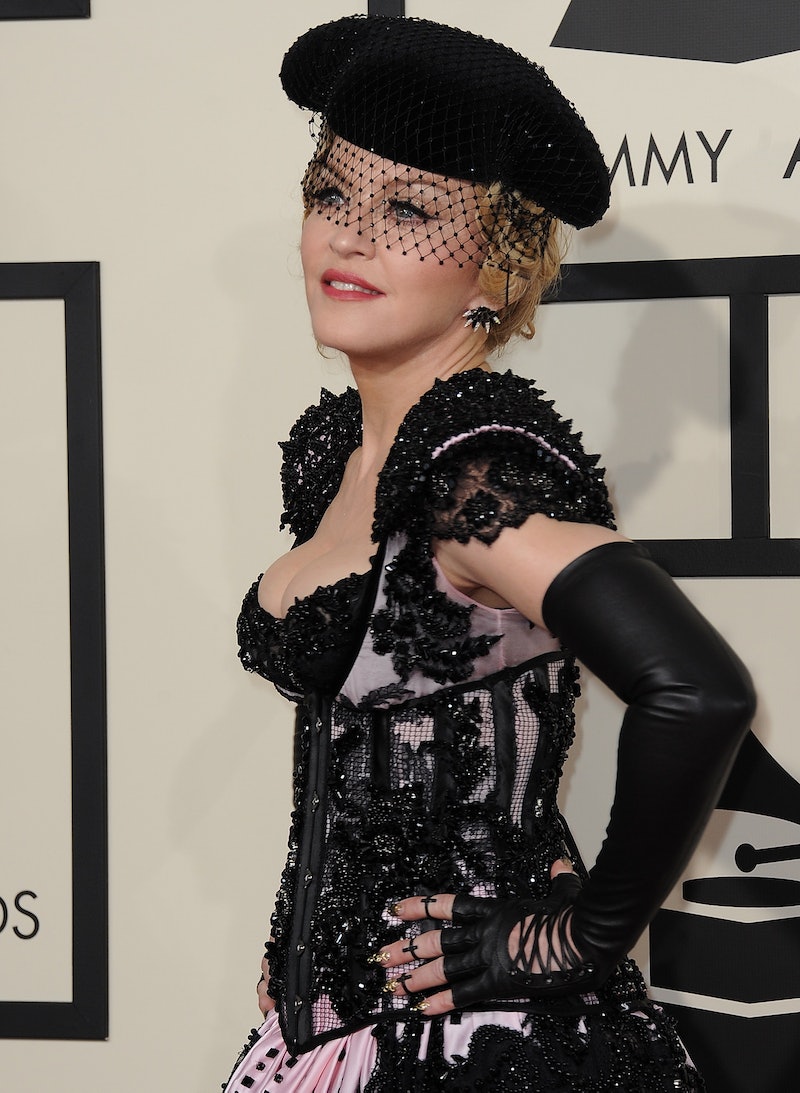 After a series of unfortunate leaks, Madonna's new album, Rebel Heart, is finally officially here. On Wednesday, Madonna told Howard Stern that she's selected "Ghosttown" as her next single, and I think it's a fantastic choice. The catchy mid-tempo ballad shows off a softer, more vulnerable side of the 56 year old pop icon, which provides a nice contrast to the project's energetic lead offering, "Living For Love." Madonna's "Ghosttown" lyrics tell the story of two people who feel as though they've been left all alone in the world.

During the first verse and pre-chorus, the situation sounds pretty bleak:

Maybe it was all too much

Too much for a man to take

You're all that I can trust

I know you're scared tonight

I'll never leave your side

On the chorus, however, things brighten up a bit, as Madonna promises to support her companion through thick and thin:

I'll be your fire when the lights go out

When there's no one, no one else around

When the world gets cold, I'll be your cover

Let's just hold onto each other

We'll be two souls in a ghost town

"Ghosttown" is one of my favorite songs on Rebel Heart, so I'm happy it's getting the single treatment. Madonna revealed to Howard Stern that she's shooting the music video for the track next week. I think the lyrics for "Ghosttown" could inspire some really interesting visuals, so I'm definitely looking forward to seeing what she comes up with.

"Ghosttown" is available on iTunes now.