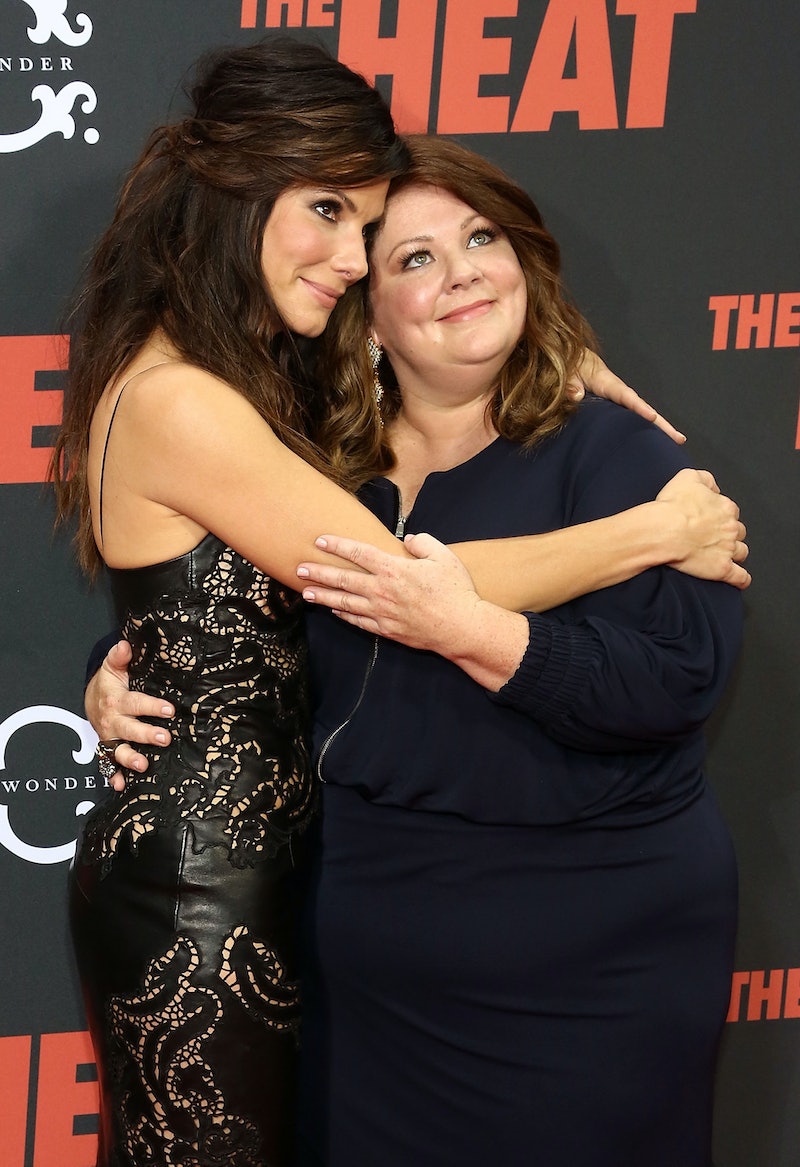 "Do you want me to put your Oscar here while you do it?" Melissa McCarthy whispers to Sandra Bullock as the latter sticks a peanut up her nose — for art! And comedy! It's The Heat's the blooper reel, and it is great, and you should watch it. The Heat, as I like to remind everyone daily, was a massive success. It was also a female-led comedy film that relied not on any romantic ploys and plods, but on the sheer chemistry and brilliance of its two leads and their antagonism and, later, their friendship.

We could — and have, and will — go on for centuries about how happy The Heat makes us — as feminists, as ladies, as connoisseurs of vintage Sandra Bullock movies and Gilmore Girls' Sookie St. James. That scene in the club, the bar montage, the presentation of Melissa McCarthy's character as a ravishingly sexually desirable character in a completely nonchalant way. It all makes us want to cry grateful comedy tears.

The Heat was just released on DVD, hence the simultaneous release of the blooper reel in celebration. Like we said, it is great and you should watch it.

More like this
Sandra Bullock, Girlboss Extraordinaire
By Matt Harkins & Viviana Olen
Amanda Seyfried Reflects On 'Mean Girls' & "Gross" Remarks That Men Made After It
By Jake Viswanath
'Dirty Dancing's Jennifer Grey On The Tearful Moment That Changed Her Relationship With Patrick Swayze
By Sam Ramsden
Cameron Diaz Just Recreated *That* Iconic 'There’s Something About Mary' Scene
By Rachel Mantock
Get Even More From Bustle — Sign Up For The Newsletter