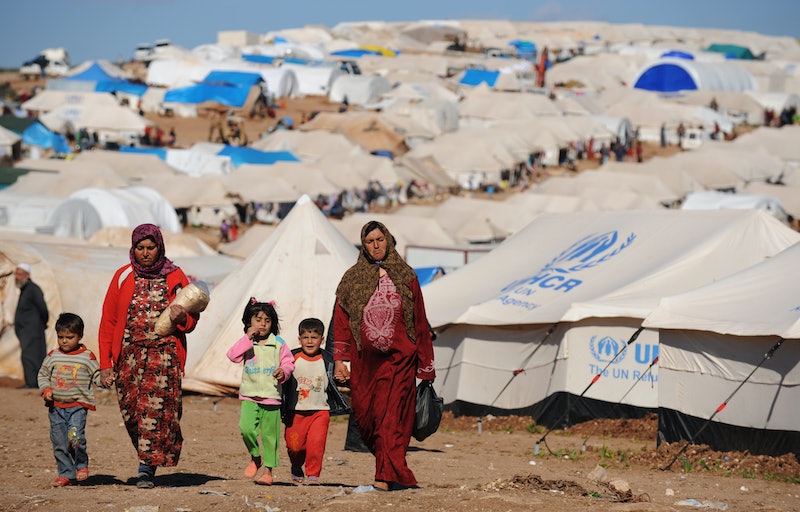 As Syria enters its fifth year since the uprising turned into a brutal civil war that today has no indication of a light at the end of the tunnel, its civilians bear the brunt of the conflict that has torn the country apart. The international community's efforts to alleviate the suffering caused by four years of instability does not appear to have achieved its goal, helmed by what is supposed to be the most powerful intergovernmental organization in the world — on Thursday, aid agencies faulted the Security Council over Syria's conflict in a scathing joint report that detailed its failure to help the millions of victims.

The 21 international aid groups that released the report together said the Security Council did not follow up on any three of the UN resolutions that it passed last year to, among other things, boost humanitarian assistance to Syrian civilians. Two of the resolutions authorized UN aid operations to enter Syria without requiring the consent of the Syrian government. The report read:

[The] resolutions, and the hope they provided, have rung hollow for Syrian civilians. They have been ignored or undermined by the parties to the conflict, other UN member states, and even by members of the UNSC itself. ...

This spiraling catastrophe is a stain on the conscience of the international community. The resolutions passed by the UNSC provide a framework to end the suffering in the short and longer term, and the parties to the conflict are under an obligation to implement them.

According to the report, aid access did not improve. There are 2.3 million more Syrians living in “hard to reach” locations, bringing the total to 4.8 million people in 2014 — a growing number who aid convoys managed to reach even less so than the year before. Though the convoys managed to gain entry into the country, officials reported that they are repeatedly being blocked, including by government forces that prohibit medical supplies from entering rebel-controlled territory. Barrel bombings have also run rampant, though the resolutions specifically highlighted its use as a violation of international law.

Despite the breach of many stipulations in the resolutions, the Security Council has taken no action to correct it. Russia, a permanent member on the UNSC, remains a mighty ally to Syrian President Bashar al-Assad.

Daniel Gorevan, who is a Syria policy advisor at Oxfam, one of the aid agencies involved in the report, said that UNSC members failed to put pressure on those involved in the conflict to stop indiscriminate killing and increase aid access.

There have been more killings, more bombings, a massive increase in displacement and a huge increase in the number of people in need of humanitarian assistance. The Security Council resolutions have essentially failed.

Prior to this report, a paper published by the Syrian Center for Policy Research on Wednesday painted a woeful picture of the lives of civilians after four years of relentless conflict — a 24-year decrease in life expectancy; a 15 percent reduction of Syria's population; 80 percent of Syrians live in poverty, 30 percent in abject poverty; more than 200,000 are dead; billions of dollars in economic losses. Based on painful statistics, it concluded:

[T]he people of Syria are now forced to live under a terrible state of exception, estrangement and alienation with a massive social, political and economic chasm dividing them from those involved in violence and the institutions of violence.