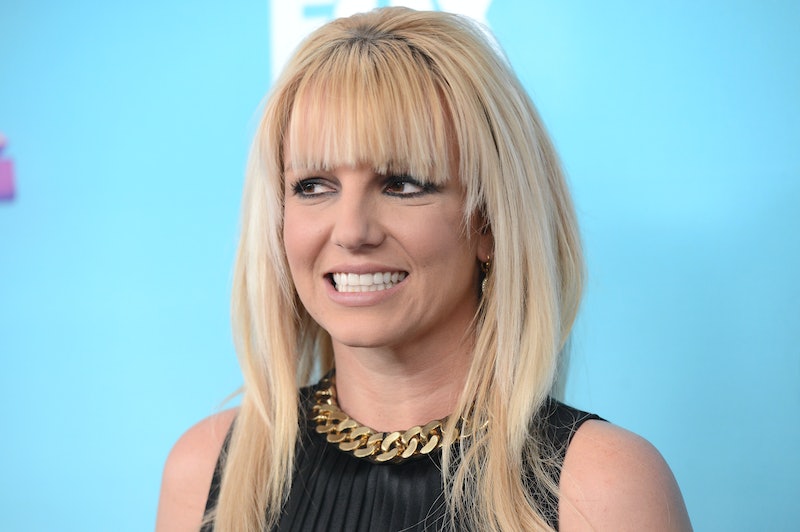 Brace yourselves: it's just be announced from the Princess of Pop herself that a new Britney Spears album is 'slowly but surely' on the way. Interesting, given that her current stints in Vegas must keep her nonstop busy, but Britney has proven time and time again that she is unstoppable. Underneath her belt, Britney Spears has countless music videos and several albums, and, all marking different periods in her life. This is no surprise, considering her extensive amount of time spent creating music — hit music — in the industry. They don't call her a pop queen for nothing!

But, that aside, I bet you're really wondering, what does your love of a particular Britney music video say about you and YOUR life?

I skimmed the top of some of the best belly-baring vids and upon close observation, made some expert deductions. Of course I didn't go through EVERY Britney original masterpiece in her extensive list of hit singles, mostly because that would have taken forever, and let's be honest — is ANYONE'S favorite Britney music video "From the Bottom of My Broken Heart"? No, I didn't think so.

So, without any further wait, here's what your favorite Britney song probably says about you.

You've repurposed your actual Catholic school girl uniform for like, six Halloweens. You have an appreciation for the classics.

You were involved in many pep rallies, but never as a cheerleader. More likely as color guard, but definitely the most popular color guard in school.

You prefer Clueless over Mean Girls, and somehow you think that means you're really into "vintage movies."

You put on a cool front and definitely have a banging Internet persona, but you're constantly feeling empty about how your self-worth is measured in numbers, followers, and clicks.

(Incidentally, this is the only Britney Spears song I know all the words to.)

Your parents took you to the Grand Canyon when you were 16 and all you brought back with you were 400 duck face selfies.

When chatspeak became passé, you died a little inside. However you've since adopted emojis as a way to say you're at the gym, and that's nearly as good.

When your boyfriend broke up with you, you posted a Katy Perry ballad as your status.

Oh, let's see what the next one says!

You watch The Real Housewives of...Anything Ever. You are the first one drunk at a party. You're terrible at dancing, but insist on doing it anyway.

You got this song stuck in your head in 2008 and it hasn't stopped since.

You're in a love with a good comeback story.