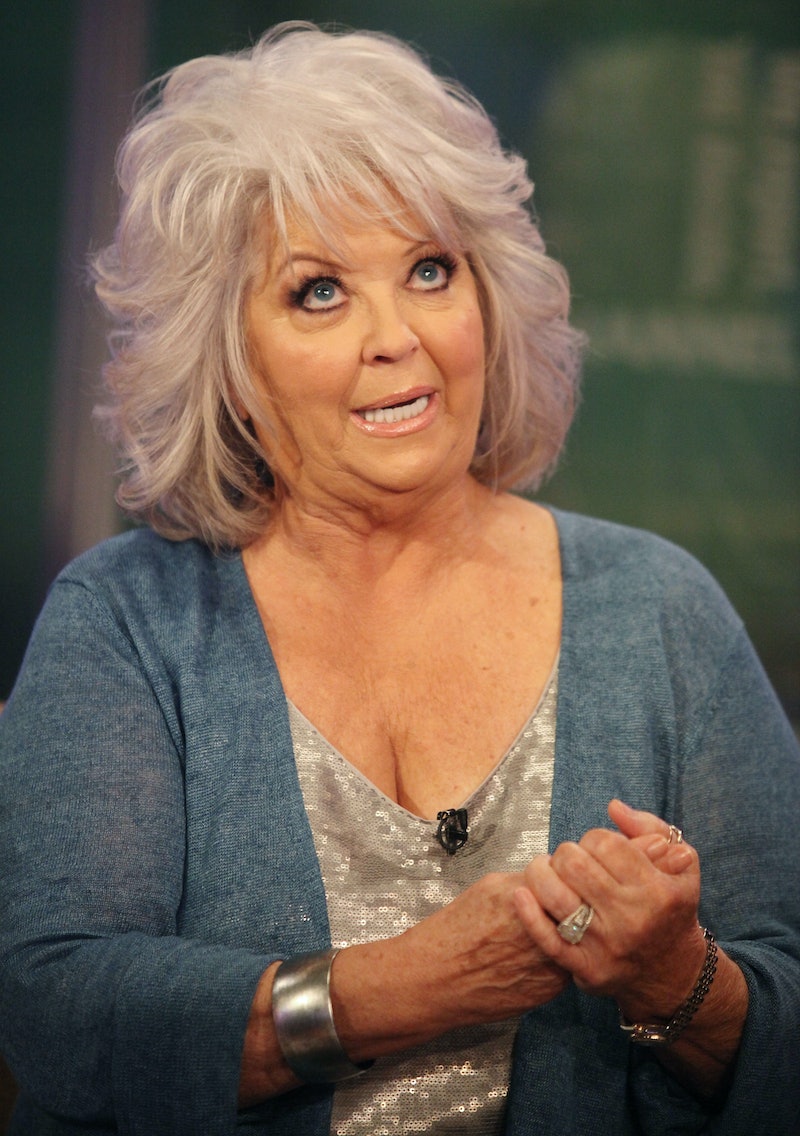 Oh my stars — looks like Paula Deen is taking her Simple Southern Lifestyle way back to the Antebellum South. The TV cooking personality reportedly admitted to a whole array of nasty racist behavior in a May deposition regarding a $1.2 million lawsuit filed against her and her husband by former manager of their restaurant, Lisa Jackson. Jackson is filing for claims of racism — repeated use of the N-word — and abuse from Deen's husband. The butter on top of the cake was that Deen went on to say that she wanted to plan a "slave-themed" wedding for her son Bubba.

However, Deen doesn't think she is a racist: "Most jokes are about Jewish people, rednecks, black folks ... They usually target, though, a group. Gays or straights, black, redneck, you know, I just don't know — I just don't know what to say. I can't, myself, determine what offends another person."

....what? Just another classic example of a white person using the guise of comedy as an excuse for racism and bigotry. Except in this case, it's Deen, Food Network star and butter mogul. Hopefully the Food Network will respond properly. But who knows, y'all. May all her butter congeal.