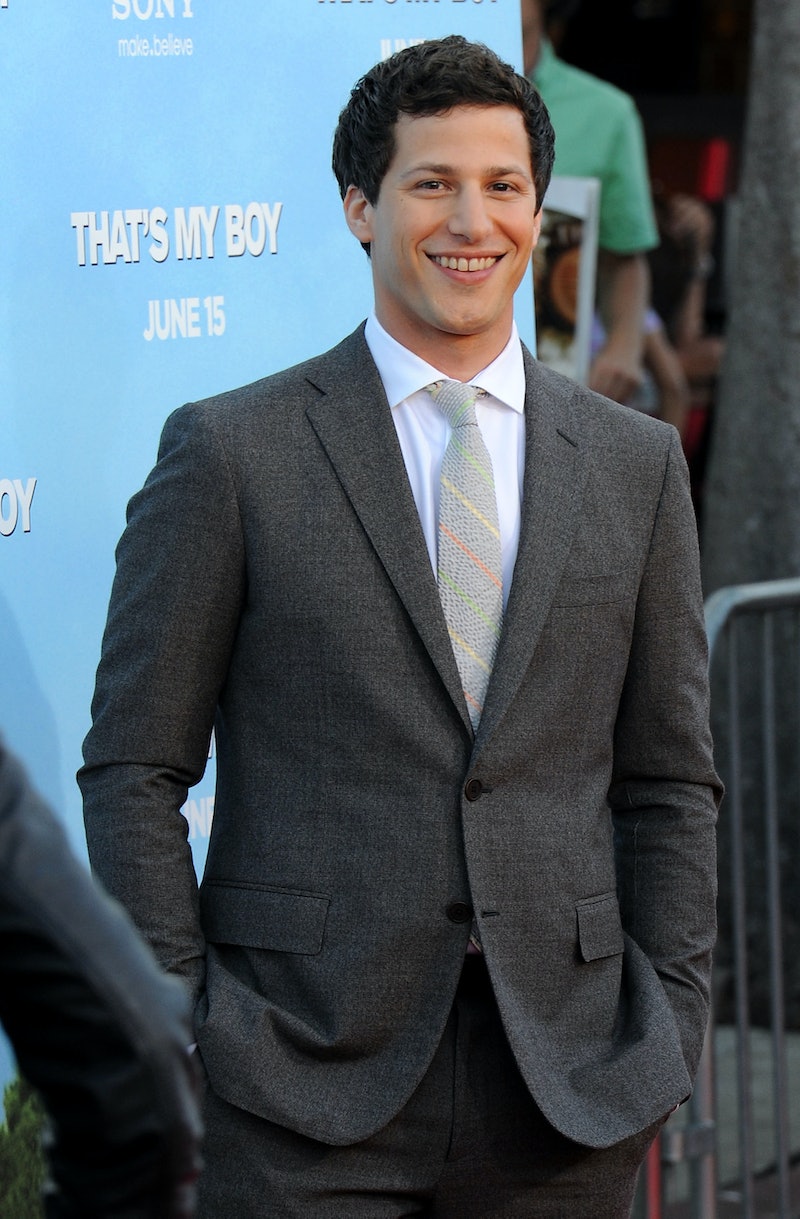 The 67th Annual Emmy Awards aren't happening anytime soon, but it's not too early to get excited. The nominees haven't been announced yet, but we do know for sure that Andy Samberg will host, and this is excellent news: Appointing Andy Samberg to host the Emmy Awards seems like a natural fit for the job, and apparently it was only a matter of time until he got the offer.

Vulture reports the SNL alum and star of Brooklyn Nine-Nine "had been considered a strong possibility for the gig ever since Fox renewed Brooklyn Nine-Nine for a third season in January." It seems that Samberg, who's an Emmy winner himself, was a shoo-in. According to Deadline, Fox TV Group Chairmen and CEOs Gary Newman and Dana Walden said “The moment the Emmy Awards’ host was brought up, we said it had to be Andy[...]He is fearless, hilarious, an award-winning comedian, singer, writer and actor with incredible live TV experience.”

Given the network's unwavering confidence in Samberg, audiences might have high expectations for an especially memorable evening, but it doesn't look like Samberg will disappoint. It might be too soon to speculate what we can expect from Samberg on Emmy night, but there will probably be original music, and it will probably be hilarious.

Here's what we hope to see when Samberg hosts the Emmys:

Could Emmy night be the night we get a new Lonely Island video, or even a quick appearance?

A Justin Timberlake cameo should be mandatory.

At last year's Emmys, Samberg performed a live musical number with Weird Al Yankovic, so a hilarious new musical might not be out of the question.

Or a Tina Fey and Amy Poehler appearance?

Not that Samberg won't be a great host on his own, but he's know to feature surprise celebrities in some of Lonely Island's videos, usually with amazing results — so, it should definitely happen this year at the Emmys.