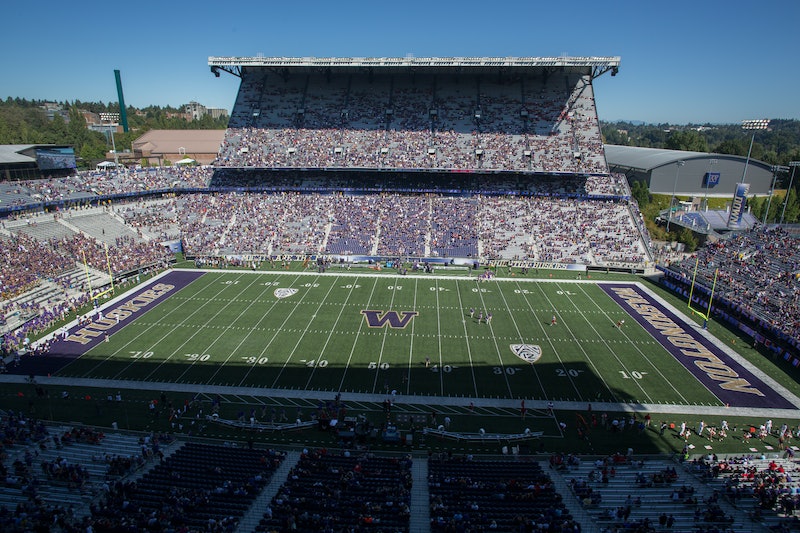 The spectacular fallout from University of Oklahoma's Sigma Alpha Epsilon fraternity was in many ways deserved, and blowback against the racist chant indicated the community's opposition to bigotry. Condemnation came from many sides, including a strong rebuff by SAE's national leadership distancing itself from such conduct — but another incident could well establish the pattern of racism that seems runs deep in the fraternity, after students at the University of Washington accused SAE members of racial slurs at a demonstration to raise awareness of racism last month.

Students alleged that members of SAE made obscene gestures and booed at them as they marched past the fraternity house during a "Black Lives Matter" protest last month. Maggie Negussie, president of the university's Black Student Union, told CNN that offensive racial comments were also hurled at the marchers.

People were called monkeys and apes by members of SAE.

UW's SAE chapter, whose president said he heard the comments, too, denied the allegations after the fraternity's internal investigation determined that the offenders were not members. But the university is conducting its own probe into the incident. Vice-President for Student Life Denzil Suite issued a statement in response:

We have been and are currently still in the process of gathering information about this incident to determine what occurred and who may have been responsible. To date we do not have answers to either of these questions.

The behavior described is completely inconsistent with the University’s values and expectations. We believe strongly in the value of our diversity and respect for our differences. We are committed to fostering a climate of civility that honors those differences. Any behavior antithetical to this is unacceptable.

Earlier this month, the fraternity's University of Oklahoma chapter was at the center of national scrutiny following the emergence of a video depicting its members chanting racist speech that led to its shutdown at the Norman school and the expulsion of two students. After sharply denouncing the incident, the SAE national office announced that it was investigating "several other" racial episodes at various other chapters that stretched back some 20 years.

The fraternity seems to have a notorious lack of regulation — SAE chapters across the country have been involved in more than 130 disciplinary proceedings over the past five years for violating, among others, alcohol and hazing regulations. USA Today reported that new members were involved in so many accidents that the fraternity announced the cessation of the often-cruel hazing tradition last year, instead extending full and immediate membership to those who accepted an invitation to join.