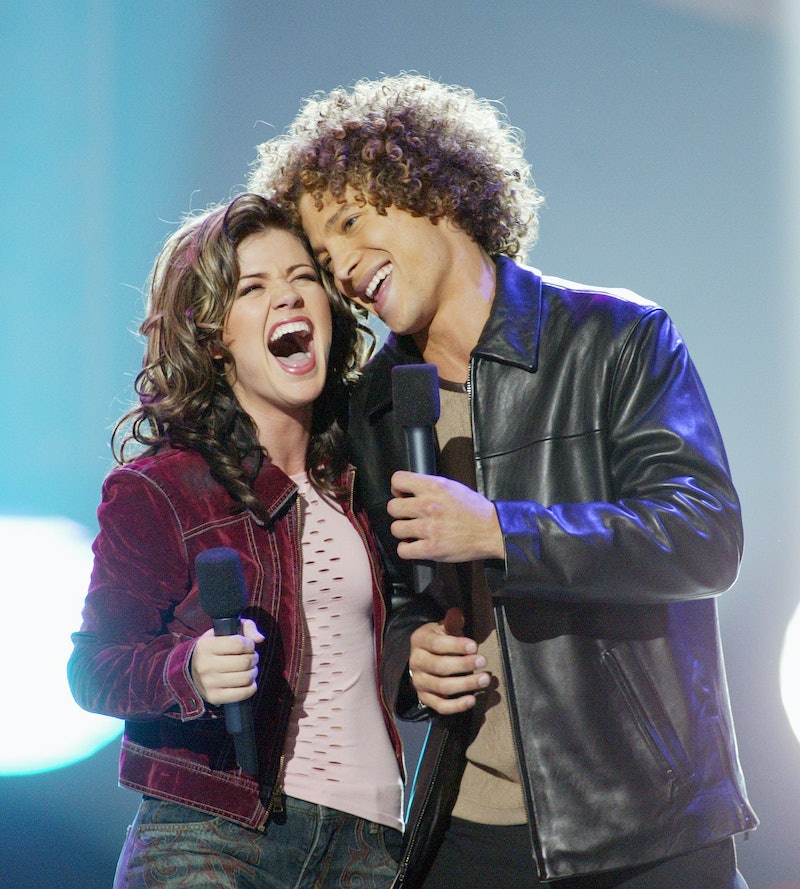 Thirteen years after winning the original title, Kelly Clarkson is returning to American Idol on April 1. The OG winner has come back to perform on the reality competition show over the years, but this time around, she's upgrading her status to a mentor for the Top 8 contestants and singing a song from her new album, Piece by Piece. The exciting news was announced on the live Idol results show on Thursday night, and funny enough, this isn't Clarkson's first on-screen mentoring — she helped out Team Blake on The Voice back in Season 2 of the NBC show.

But now that she is mentoring, will this spark Clarkson becoming a judge on American Idol (a.k.a. everyone's dreams coming true)? It's very possible if the timing works out. "With American Idol, they have asked me to do it before, and I would totally do it, but they’ve always asked me at the most horrible time," Clarkson told Glamour. "It’s like two weeks before my tour starts, and I’m like, 'I can’t be in two places at once!' But I love those shows and what better example than someone who won one and is successful."

I think it's about time that an Idol alum takes a spot at the judges' table. Adam Lambert has popped in a few times to sub in for other people, but no one permanently. And who is more qualified about the show and the success you find after it than actual winners? But hey, for now we can be happy with Clarkson as a mentor, because I'm sure some contestants have waited a lifetime for a moment like this.