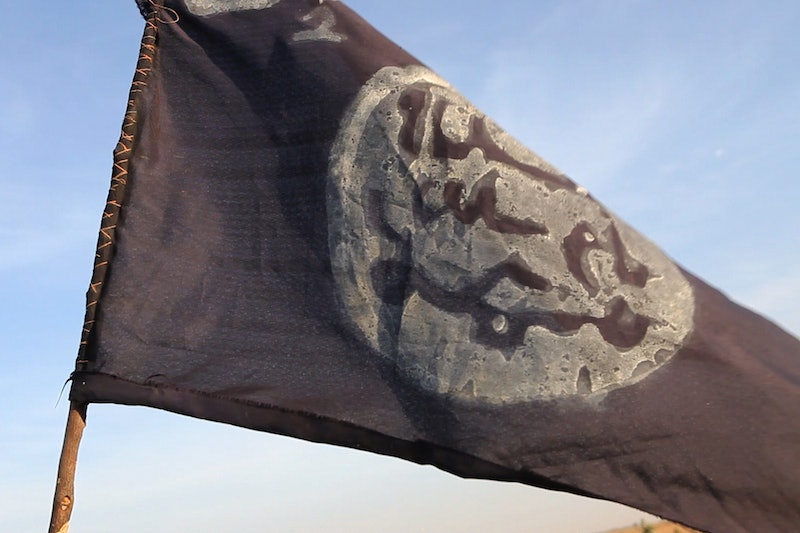 ISIS might be a relative newcomer, but its swift progress, violent brutality and a social media savviness that has enabled it to recruit many Western foreigners have made it perhaps the leading religious extremist group in the world today. So that ISIS accepted Boko Haram's pledge of allegiance in an effort to extend its influence to Africa is worrying news; the two most ruthless terrorist groups in the world joining hands could well indicate a new force of terrorism.

In a 28-minute audio recording released by ISIS — which has been verified by Flashpoint Intelligence — spokesman Abu Muhammad al-Adnani welcomed the Nigerian militant group into their fold, using Boko Haram's Arabic name, Jama'atu Ahlis Sunna Lidda'awati wal-Jihad, which translates to "People Committed to the Propagation of the Prophet's Teachings and Jihad."

We announce to you to the good news of the expansion of the caliphate to West Africa because the caliph ... has accepted the allegiance of our brothers of the Sunni group for preaching and the jihad.

The decades-old militant group Boko Haram has launched a reign of terror over the Nigerian population with bombings, assassinations and abductions in its attempt to overthrow the government and establish an Islamic state. Last week, Boko Haram pledged its allegiance to ISIS in an audio recording attributed to the group's leader Abubakar Shekau. Shekau had previously praised ISIS leader Abu Bakr al-Baghdadi and featured his image in Boko Haram's videos and photos, but stopped short of an official allegiance pledge.

In the message accepting Shekau's pledge, spokesman Adnani played down the advances of the U.S.-led coalition fighting against ISIS. Most recently, Iraqi forces wrested control of most of Tikrit, the hometown of former Iraqi president Saddam Hussein and a main ISIS stronghold, after 10 days of intense battling — but Adnani claimed that the group is keeping up its resistance, adding:

The victories proclaimed by the coalition are only illusions. [Only] inches of land [were captured].

Adnani also encouraged hopeful jihadis to "migrate to the land of Islam and fight" alongside Boko Haram in Africa, should they somehow be unable to make it to ISIS' extremist bastion in Syria and Iraq. As spokesman of a group that subscribes to its exclusive, incredibly limited interpretation of Sunni Islam, Adnani also made threats against Jews and Christians, Huffington Post reported.

Though the alliance between the two violent extremist groups isn't likely to pose an immediate threat — some security analysts dismiss the pledge as propaganda — it may lead to actual cooperation in the future. And both Boko Haram and ISIS benefit from a partnership, the most obvious being that it increases their legitimacies — for Boko Haram as a true Islamic fundamentalist, and ISIS as an international force. Jacob Zenn, an expert on terror residing in Nigeria, told CNN:

Boko Haram will get legitimacy, which will help its recruiting, funding and logistics as it expands. It will also get guidance from ISIS in media warfare and propaganda. Previously Boko Haram was a sort of outcast in the global Jihadi community. Now it is perhaps ISIS's biggest affiliate. ISIS gets more international legitimacy as a global caliphate.