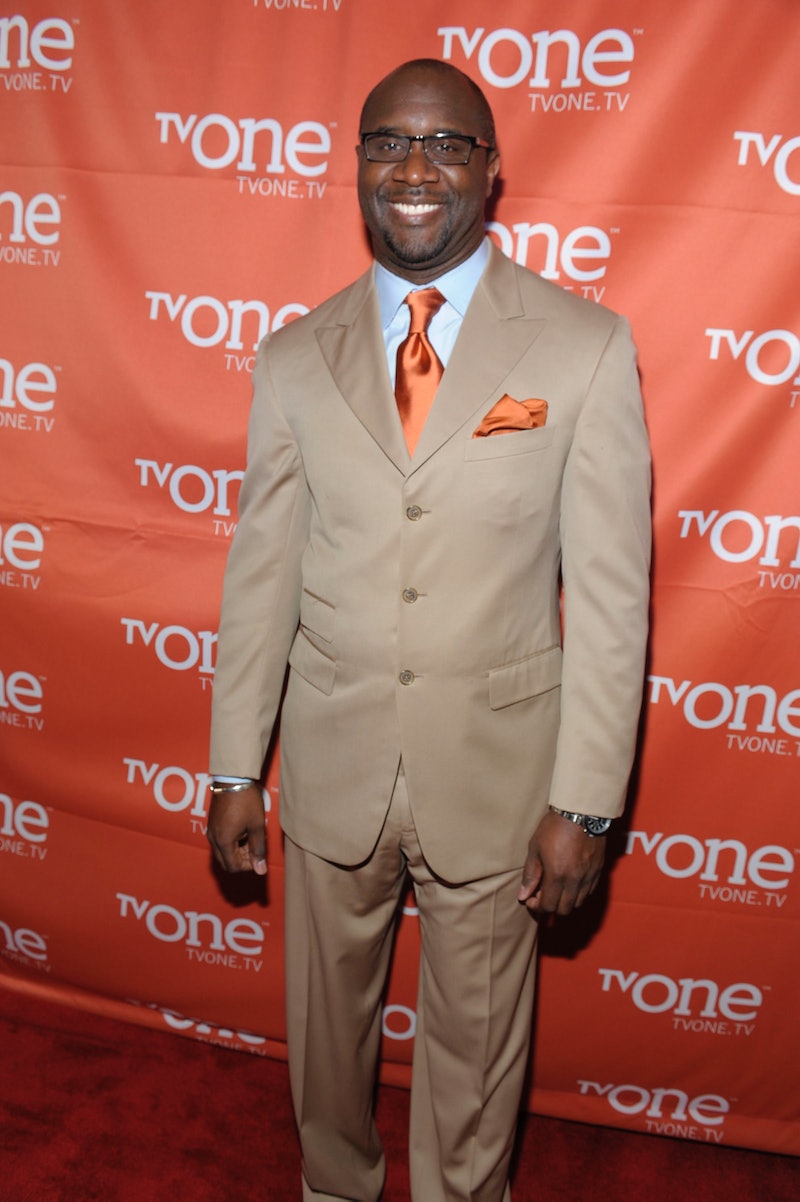 If Roger Bobb — of this season of The Real Housewives of Atlanta — had been a rapper in the late 80s his name would have been LL Roger B: Ladies Love Roger Bobb. Of course, if that had been the case, he also would have been jacked, with a Kangol hat, a big gold chain, and a sweaty tank top, rather than the pretty unassuming mild-mannered man behind a desk persona he portrays on RHOA. But that's the kind of not especially suave or cool guy Roger Bobb seems to be on television... so, it was particularly perplexing when every woman within a 20-foot radius of a peach was freaking out about Roger Bobb potentially being taken off the market at the beginning of the season.

Bobb has only appeared on screen twice in 16 episodes, but his presence has loomed large on the overall narrative of the season, particularly in giving any reason for Demetria to be around. It seems like the show has been auditioning Demetria as a potential full time housewife for next season (gah, an eighth season), but mostly it seems like they've been attempting to add some credibility to the high society status of their Atlanta clientele by adding Bobb into the mix, whose name is always vaguely linked to Tyler Perry's, the most prolific man in the film industry.

But everyone is always mentioning what a big deal Roger Bobb is as though the audience would, of course, know of all of his show business accolades. Believe me, if I had heard of a man named Roger Bobb before, I would have remembered it. So I did a little investigation on just what connects Bobb to Perry, and why we're supposed to consider this man the hottest thing in Atlanta...

As much as I rag on Roger Bobb — mostly because he entertained, even just for pretend, the idea of working with Kenya on a show based on her own life — he has the credentials to back up his show business rep. Bobb first knew he wanted to make movies when he saw Spike Lee’s She’s Gotta Have It in 1986, and was accepted into the Directors Guild of America’s Assistant Director Trainee Program 10 years later. After working with the likes of Woody Allen and Mike Nichols, a hot shot new movie director named Tyler Perry came asking for Bobb to be the Assistant Director of Diary of a Mad Black Woman. That was in 2005. As Bobb told AJC.com, “I came down from New York to Atlanta thinking I was doing this one movie ... I never left.” Bobb then produced Perry’s next film, Madea’s Family Reunion, and became supervising producer for Perry's two TV shows, House of Payne and Meet the Browns.

Drama on Meet the Browns

And that's what brings Roger Bobb to RHOA...sort of. Demetria McKinney was an actress on House of Payne where Bobb was very much technically her boss. That's their explanation for why their on-and-off relationship was a secret for eight years. By the time he got together with McKinney, Bobb was the Executive Vice President of Tyler Perry studios, and as McKinney told Global Grind, Perry informed them that there would be severe consequences for having a relationship while they were working together on the show — that's why he didn't find out about it until it until it was their illicit romance was a storyline on RHOA...

And by then he was out there on his own. In 2011, Bobb started his own production company, Bobbcat Films. He told AJC.com that no one wants to grow up to be Vice President, and Perry was supportive of him going out on his own and creating even more opportunities for for people to work in television and film: “[Perry] doesn’t block people’s blessings.” When Bobb first started working with Perry, he told The New Journal that it came at the perfect time because he had been working on "several ‘Black’ films that I was not very proud of, I wanted to work on a project that I could feel good about and that my community could embrace.” And now he's in the position to provide that opportunity to a new generation of up-and-comers like Perry did for him.

He's also in the position to be a side story of a guest cast member on The Real Housewives of Atlanta. Ah, show business!

More like this
Everything To Know About 'RHONJ' Season 13
By Brad Witter
What’s New On Netflix: 'Stranger Things' & 'Somebody Feed Phil' Return
By Arya Roshanian
What’s New On Netflix: A Victoria Justice Rom-Com & The Return Of David Letterman
By Arya Roshanian
'Atlanta' Season 4 Could Be Here Sooner Than You Think
By Kadin Burnett
Get Even More From Bustle — Sign Up For The Newsletter