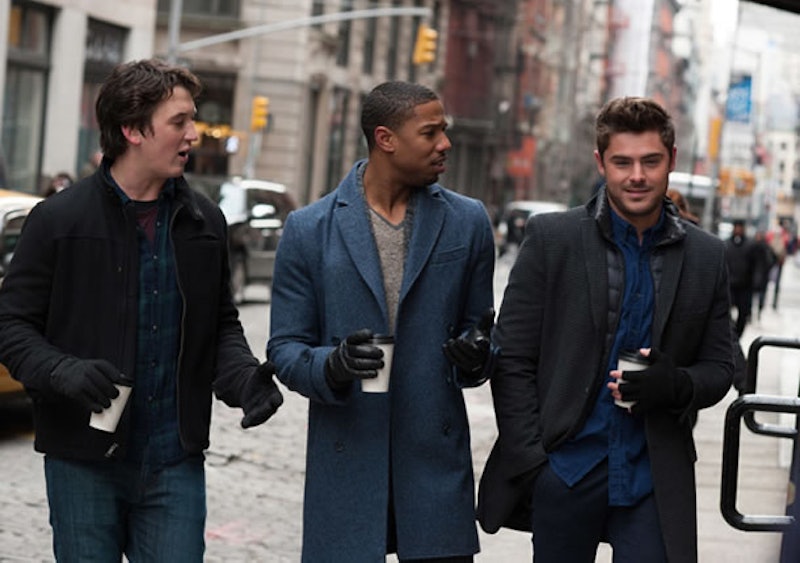 While any romantic comedy headlined by Zac Efron might seem like just another attempt by a major studio to put out some wooden, sloppily crafted movie with a predictable plot line, beautiful actors, and a storybook happy ending, don't get it twisted: This one might actually surprise you. That is, judging by this first red band trailer for Zac Efron's That Awkward Moment , anyway. In it, Efron, along with Fruitvale Station's Michael B. Jordan and Project X's Miles Teller, star as three bachelors who make a pact to stay single together in NYC after their friend (Jordan) goes through a break-up.

You would think that this wouldn't be too hard, but the three guys actually end up meeting girls they legitimately like. Drama! And, as the title suggests, things get awkward too — especially the part where the three besties all take too much Viagra, then attempt to "pee horizontally." Right...

Fun fact: There's also a random and cute little cameo from Cate Blanchett and Kenneth Branagh, who is actually currently directing her in a live-action adaptation of Cinderella. It lasts for a split second — very much a blink-and-you'll-miss-it moment.

You can check out the (NSFW) trailer below. That Awkward Moment is set to hit theaters on Jan. 31, 2014. 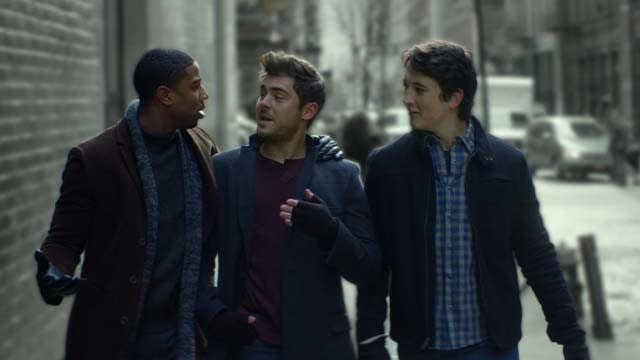