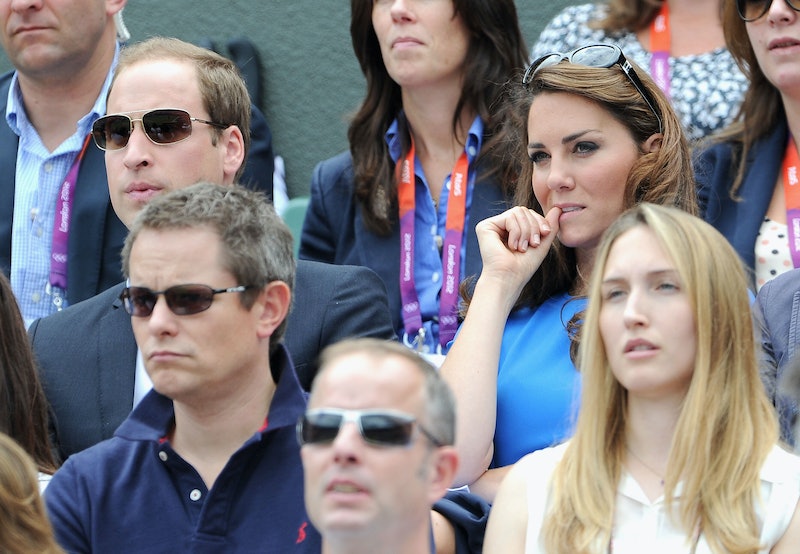 Remember when you were but a wee babe and your mom always used to have to remind you not to bite your nails? She'd tell you to stop, that it was a bad habit; a nervous habit. Well, time to ring up good old mama because so-called "nervous habits" may not come from the same source as we'd previously thought. Behaviors like nail biting, picking at split ends, tapping and hair pulling don't seem to stem from nervousness itself, but instead serve as an outlet for the trait of perfectionism. Curve ball, much?

New research published in the Journal of Behavior Therapy and Experimental Psychiatry suggests that these types of ticks are not stress-born at all. Instead, they may come from the feeling of an exacerbated need to complete life's tasks at a sped-up pace; it's impatience in goal-oriented individuals that inspired the habits to manifest. The study, coming to us from the University of Montreal, has shown that nail biting was actually most common among the 48 people observed when they were feeling bored and complacent, habits highly associated with perfectionism itself. These "body-focused repetitive behaviors" are obviously quite common, but they don't come from poor habits; they come from the need to progress and succeed.

Nail biting has always been seen as a somewhat cheap habit, often associated with low self-esteem and social anxiety. This new angle is important because it's yet another way we perceive people that seems to be ill-founded. If each time we saw a nail biter as an unsatisfied perfectionist instead of seeing them as insecure, our interactions with and behaviors toward them would be incredibly different. As it stands, these repetitive behaviors are somewhat frowned upon, a source of shame for many who feel the compulsion to carry them out regularly.

Despite these findings, it's clear that some people head straight to these little habits when experiencing nervousness or anticipation for themselves or someone else. The fact that nervousness isn't the root of the behaviors, though, indicates that we might have learned these were societally acceptable reactions to certain feelings and developed small addictions to them, much like drinking beer in a social setting. Because honestly, that stuff is atrocious. I've never met one person who has legitimately always loved the taste of beer; they've learned the habit because it's what people do. It's beyond me. Wine, on the other hand...

More like this
How Ovulation Affects Your Sense Of Smell, Libido, & More
By JR Thorpe and Lexi Inks
These 4 Zodiac Signs Make The Best Bridesmaids
By Nina Kahn
The Zodiac Sign Pairs Most Likely To Have A Sibling Rivalry
By Kristine Fellizar
These 3 Signs Are Most Likely To Be In A Love Triangle — Here’s Why
By Kristine Fellizar
Get Even More From Bustle — Sign Up For The Newsletter
From hair trends to relationship advice, our daily newsletter has everything you need to sound like a person who’s on TikTok, even if you aren’t.