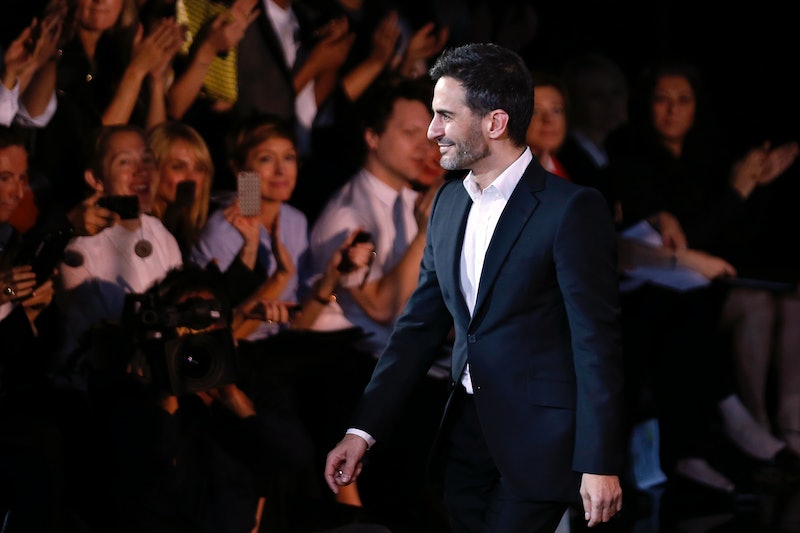 One of America's most beloved designers has another pretty feather to tuck into his stylish cap. Marc Jacobs is launching Mod Noir, a new fragrance for women this June. The fragrance will be sold exclusively at Sephora locations in the US and in Marc Jacobs boutiques prior to its global release. The defining scent of Mod Noir will be the gardenia flower. This is the same flower that Jacobs used for his debut fragrance and is also a component of the very popular Marc by Marc Jacobs Daisy.

Marc Jacobs has many attributes to his success as a fashion designer. He won the CFDA (Council of Fashion Designers of America) award for Best Womenswear designer in 2010. He was also awarded the Geoffrey Beene Lifetime Achievement Award the following year in 2011 by the CFDA. Last year he was nominated again for Best Womenswear Designer but lost out to Joseph Altuzarra. Even after all of his ups and downs in his career, the designer told WWD, “Every time I go to an airport or open a magazine [and see one], I think, ‘Wow, I’m a real designer. I have a perfume.'” Is that not the most endearing thing you've ever heard in fashion: Marc Jacobs going around saying that he can't believe he's a real designer?

The fragrance, Mod Noir, is aptly designed to adhere to the mod aesthetic of the sixties with thick black and white stripes (hey, aren't those Sephora's branding colors?). Jacobs could not have picked a better retailer to carry Mod Noir alongside with his own boutiques. All black and white ensembles have been a strong trend during the past couple Spring seasons. The designer is very clever to spin the trend with a classic throwback. Marc Jacobs' Mod Noir will retail for $70-90 and will be only $28 for a rollerball of the fragrance.