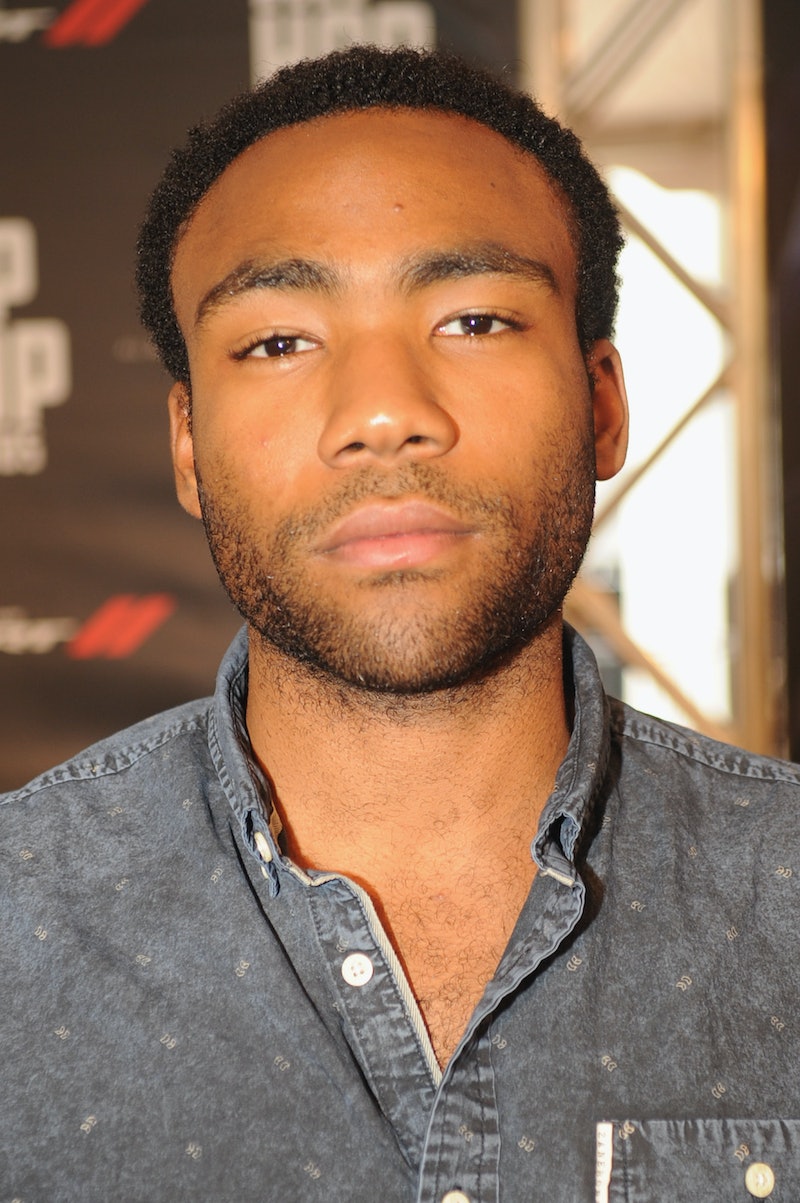 Donald Glover recently posted some really personal notes on his Instagram that discussed why he left Community. But Glover was confessing more than Usher, because among his fears that he revealed in his notes was that he's "afraid people think I hate women." It was brave (if a little narcissistic) for Glover to bare it all on his Instagram, but dude, people think you hate women for a reason.

Back in 2007, Glover was a comedy nerd. He pooped his pants on YouTube in the comedy troupe Derrick Comedy. He had just graduated from New York University and was still working on 30 Rock. By all accounts, he had a lot of strong, female role models in his life — NYU isn't exactly known for its misogynistic culture, he grew up with both parents (who also acted as foster parents), and there is no way you can be around Tina Fey and not absorb some of her funny, feminist awesomeness. His stint on Community in 2009 put his comic strengths honed on 30 Rock front and center.

So it was exciting to hear about his rap project, Childish Gambino. Glover didn't fit the profile of your typical rapper, so his album was expected to offer different perspectives than mainstream hip hop.

Childish Gambino both rejects traditional masculinity and conforms to it completely. He frequently cites how people in the hip hop community alienate him and view him as "weird," as an outsider, as someone who "talk[s] white" and is a "blerd" (it means black nerd, y'all). And yet, instead of trying to create his own outsider culture, he conforms completely to the norms of masculinity in hip hop.

The only way you'll know that Donald Glover is a nerd in his rap albums is when he talks about "e.e. cummin' on her face." It doesn't sound genuine and it doesn't sound interesting; it sounds like someone who's turned their back on what they've learned to fit in with the cool kids.

And yes, Donald Glover is neither the crux of this issue nor is he the worst offender. Misogyny in hip hop is a widespread problem, but it shouldn't discount the genre — after all, for all the whiny "nice guy" lyrics in a song like "Kids," Childish Gambino is still a good rapper and musician. But we expected better than your run-of-the-mill misogyny from someone like Glover, who seemed clearly comfortable working with (and under — no, not in a sex way) other women.

But to Childish Gambino, women are pussy, women are gold diggers, women are status symbols, women are anything but actual human beings. This perception that Glover thinks people have of him is real, and it started with him. It sounds like Glover is going through a lot of emotional epiphanies right now, but as long as the emotional Instagram notes and the past Childish Gambino albums are coming from the same person, people will continue to think that Donald Glover hates women, and there are only two people who can change that: Donald Glover and Childish Gambino.

Now watch a hilarious Donald Glover from before he wrote lines like, "most hoes poke holes in Trojans":

More like this
Spice Girls’ Net Worth: The Richest Member Is Wealthier Than The Rest Combined
By Hugh McIntyre
Twitter Has Very Mixed Feelings About The New 'American Idol' Winner
By Jake Viswanath
Halsey Calls Out Label For Asking Them To "Fake A TikTok Moment" For New Song
By Jake Viswanath
Mick Jagger Calls Harry Styles A "Superficial Resemblance" To His Younger Self
By Jake Viswanath
Get Even More From Bustle — Sign Up For The Newsletter