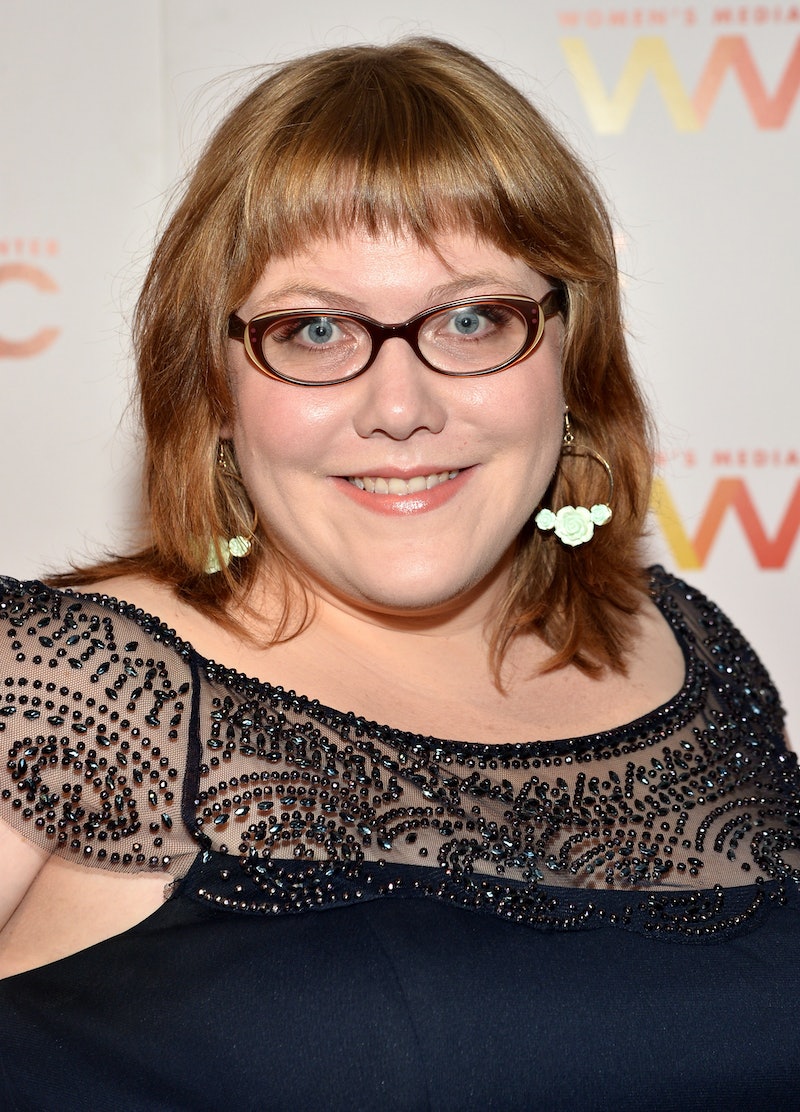 Get ready to do an awkward-yet-gleeful happy dance, lady book nerds, because good news is coming your way. Lindy West announced she is writing a memoir called Shrill.

For those of you who don’t know her yet, Lindy West is the culture reporter who can take almost any topic and write about it in a way that is smart, funny, warm, and unique. She’s written for Jezebel, GQ.com, The Guardian, Slate… The list goes on. She most recently made headlines with the story she produced for This American Life about forging a relationship with one of her trolls.

SHRILL is a comic polemic memoir, interwoven chapters about what it means to become self-aware the hard way, to go from wanting to be silent and invisible to earning a living speaking for the silenced in all caps. Lindy narrates her life in a world where not all stories are created equal, not everybody’s bodies are treated with equal respect — where jokes can be weaponized to hurt or deployed to spread what she has come to call “radical empathy.”

West has spent recent months working on an advice blog for teenagers, “I Believe You/It’s Not Your Fault.” It’s a platform to talk about some of the issues West will address in her book — the dangers of being a young woman and what young women can do to feel strong.