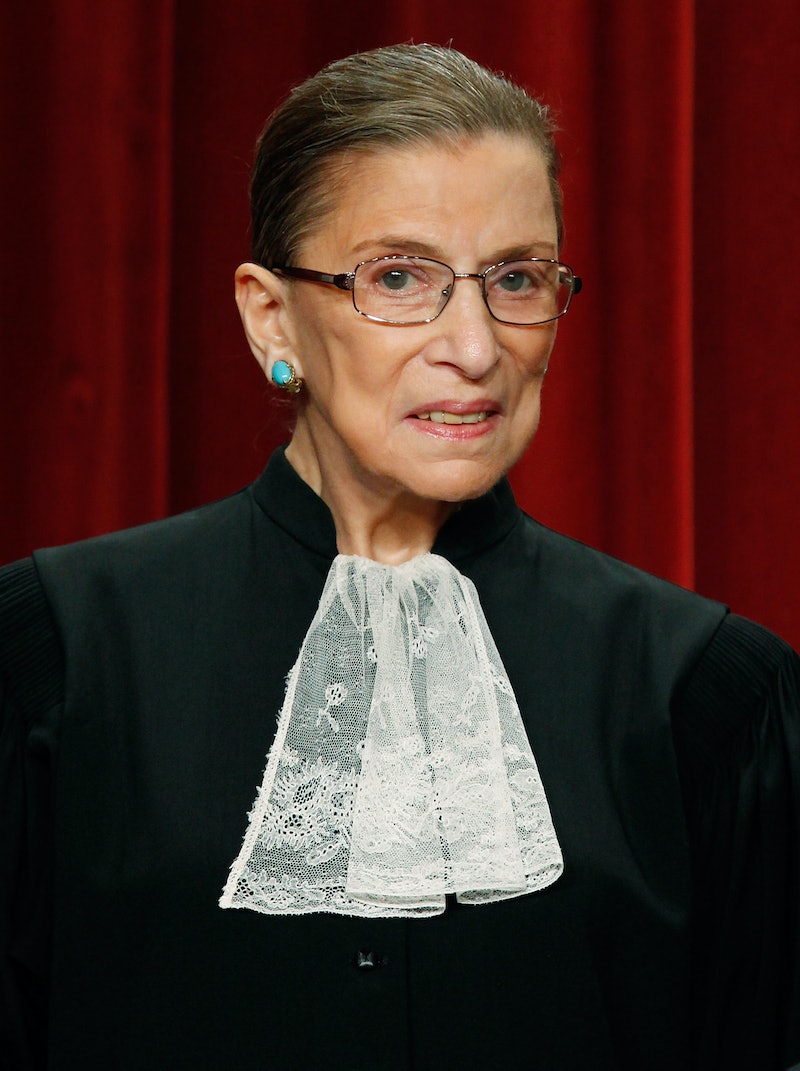 On Sunday, we're wishing a big happy birthday to one Ruth Bader Ginsburg, a Supreme Court justice and one of the baddest women out there who's also known as Notorious R.B.G. This last year has been quite a big one for Ginsburg. Her sharp dissent to the Supreme Court's ruling on corporations' obligation to provide contraception in the Hobby Lobby case earned her the nickname Notorious R.B.G., a slew of T-shirts with her face emblazoned on them, a meme, and a renewed celebration by the public of her badassery.

Ginsburg has become a feminist icon and has long been a champion for women's rights. From her recent Chanel ad to her much laughed about snooze at President Obama's State of the Union to the new Saturday Night Live bit about her — "you've been Ginsburned" — Ginsburg has earned a spot both in pop culture and in our hearts. This year she turns 82, and she's in her 21st year as a Supreme Court Justice.

But don't worry, Ginsburg fans, our favorite justice might be getting a year older but she doesn't plan on going anywhere any time soon. When she was asked about how long she plans to continue working, she responded: "As long as I can do the job full steam. I think I'll recognize when the time comes that I can't any longer. But now I can."

In anticipation of the many great Notorious R.B.G. moments to come, and the many that have come before in her 21 years as a justice, here's a collection of the best Ginsburg memes to celebrate her birthday. (Spoiler alert: There's a lot of Biggie Smalls and Beyoncé references.)