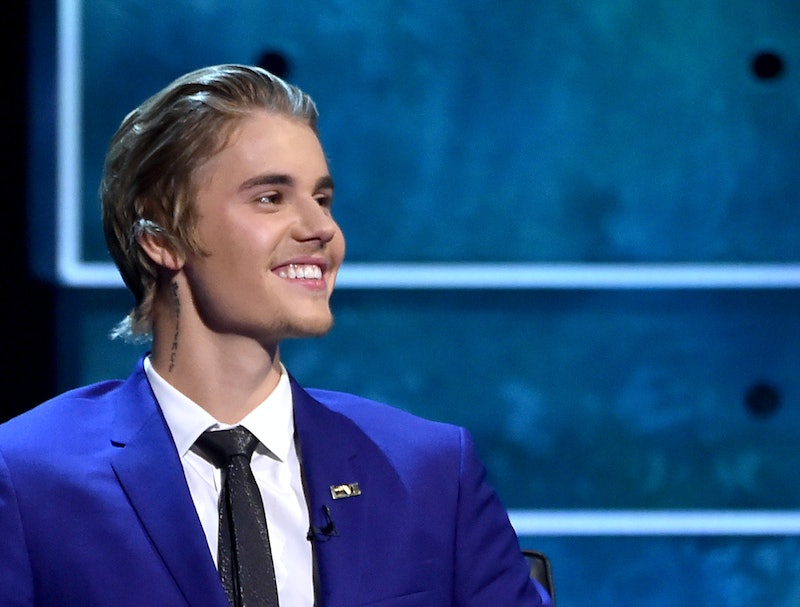 So, Justin Bieber finally had his Comedy Central Roast last night, during which celebrities and comedians got to make fun of the singer for his many antics. I generally love a good roast — and some of the best comedians in the world coming together to make fun of celebrities is pretty much my idea of a good time. Do I wanna watch people make fun of Donald Trump for a few hours? I mean, comedy and pop culture are two of my favorite things! You know I want to watch that. Before this grand event, though, I simply wasn't sure if I was into the idea of Bieber getting a Comedy Central roast this early on in his life. I mean, the kid is only just able to legally drink in the U.S. — he's still a baby, baby, baby, ooh. But then the promos came and I felt wild catharsis I never knew I needed to feel about The Biebs.

I was totally on board with no reservations once I saw the invite list and the looks that the celebs wore to the roast. While Bieber himself sported a pretty yawn-worthy blue suit that literally blended into the background, some of your red carpet faves brought it on the red carpet and on stage. From the expected dudes (and comedian Fortune Feimster) who nailed in in their sharp suits to Chrissy Teigen's gown, there was plenty to gawk at and salivate over fashion-wise.

Kendall completely surprised me by being my favorite look of the evening, although I'd only seen the top half of her outfit. Her long, loose waves, classic red lips and off-the shoulder top was pure Old Hollywood glamour and I couldn't get enough. She looked stunning.

Printed shirt, bow tie and jeans? While lots of dudes looked sharp in their suits, Snoop Lion knows how to keep things interesting and plays it anything but safe. This was the perfect look for sitting back and making jokes. A+.

Those thigh-high slits! The bejeweled bow! I'm pretty sure this is Chrissy Teigen's version of red carpet low-key and I love her for it.

Feimster is about to blow up for her comedy and is currently working on a network TV show, but her suit style game is also noteworthy. Can you think of a more appropriate occasion for a silver suit jacket? 2015: The year of more women in suits, please.

Peach-y neutral tones are so cute for spring and this shiny, rose gold vintage-inspired dress and matching heels were so perfect for the occasion and the season.

This Pretty Little Liars star looked purely glamorous in this slinky, floor-length dress with cheeky translucent panels. Maybe she and Chrissy Teigen called each other the night before and settled on a dress code?