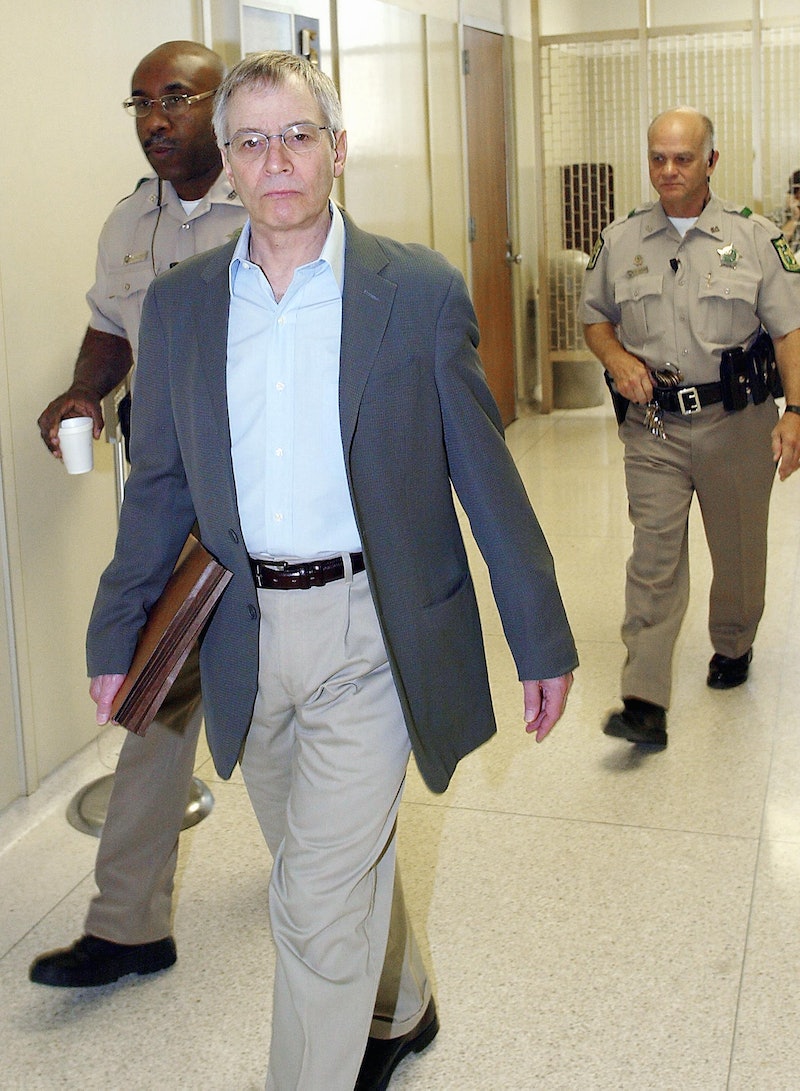 “Life imitates art” took on a whole new meaning this weekend when Robert Durst, star of the HBO documentary series The Jinx: The Life and Deaths of Robert Durst, was arrested on murder charges for a killing that took place 15 years ago in Los Angeles. And as odd as this twist is, this is far from the first of strange twists in Durst’s life.

Durst, 71, is a member of a prominent New York real estate family and the son of real estate mogul Seymour Durst. According to The New York Times, his family owns 10 Manhattan skyscrapers and multiple apartment buildings. His family’s wealth allowed Durst to have a privileged upbringing, but it was also a troubled upbringing.

According The New York Times, Durst is rumored to have witnessed his 32-year-old mother’s suicide at age seven, when she either jumped or fell to her death from the roof of the family’s home in Scarsdale, New York. Durst reportedly went to therapy throughout his childhood for this incident and for battles with his brother, Douglas. The New York Times reports that friends, family, and classmates often described Durst as a loner.

Durst first made headlines when his first wife, Kathleen McCormack, disappeared in 1982. Although neither a body nor evidence confirming Durst’s guilt were ever discovered, his strange behavior surrounding the disappearance raised suspicions. Durst reportedly did not report his wife’s disappearance for four days, and his accounts of when he last saw his wife continually changed.

However, at the time of the investigation, Durst’s role in the family’s business, the Durst Organization — a multibillion-dollar real estate company — was growing. The company owns more than 15 skyscrapers in New York City, including the Bank of America Tower and an investment in the One World Trade Center. But in 1994, Durst’s father chose Douglas to be the company’s heir, which increased Durst's feelings of resentment for both his father and his brother. He’s long been estranged from his family. Bustle previously reported that multiple family members have restraining orders against Durst, and just last year he was arrested for trespassing on his brother’s property in New York, according to the New York Post.

Durst has also been embroiled in the killings of two others. In 2000, he was questioned for the death of his close friend, Susan Berman, who officials planned to question in regards to the disappearance of Durst’s first wife. Years later, Durst was acquitted for another crime: the murder and dismemberment of a man who lived across the hall from him in Galveston, Texas.

The culmination of these three crimes was the cause of Durst’s arrest on Saturday evening in New Orleans. Durst has the HBO documentary project, which he voluntarily participated in, to thank for that. Because of The Jinx, a letter written by Berman’s stepson was found that had similarities to the anonymous letter that police got after Berman was murdered.

Ironically enough, the final episode of the six-part documentary series airs on Sunday evening. The final verdict on Durst is far from over though. He is currently being held in Los Angeles without bond.

More like this
Lori Vallow’s Son Was Arrested For Sexual Assault Days Before 'Sins Of Our Mother' Premiered
By Brad Witter
Where Is Armie Hammer’s Ex-Wife Elizabeth Chambers Now After 'House Of Hammer'?
By Grace Wehniainen and Radhika Menon
Where Is The Bling Ring’s Rachel Lee Now?
By Arya Roshanian
What Is 'Pretty Wild' Star Tess Taylor Up To Now?
By Morgan Leigh Davies
Get Even More From Bustle — Sign Up For The Newsletter