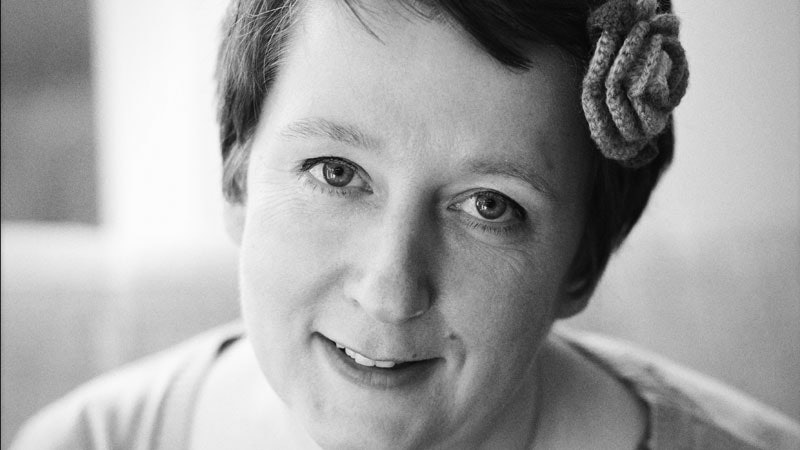 There are many things I’d like to say about Claire Fuller's debut novel Our Endless Numbered Days (Tin House). Enough that I’d like to send a copy to every friend I know so that we can all dissect it together. Enough that I’m already looking forward to those “Hey, I’m going to some beautiful place this summer, can you recommend a book to read while I but recline on this pristine white sand beach?” Facebook posts to start popping up on my wall, just so I can further evangelize on why this was one of the most memorable, engrossing, fascinating books I’ve ever read.

Once I was into the story, there was nothing else I could do but live there and chase the threads together. The book came into the kitchen to prop up next to the cutting board while I diced onions for dinner. It came into the laundry with me while I switched loads. Yes, it may have made a couple trips into the bathroom.

The story I preach of is told in two alternating parts, narrated by a childhood version of Peggy and her 17-year-old current self. Peggy was born to two extraordinary, incompatible people: a doomsday survivalist father and a music prodigy mother. When the relationship devolves, her father kidnaps 8-year-old Peggy with promises of “da Hutte,” a distant paradise where they can live off the land in total freedom. Current Peggy has escaped the isolated world that her father masterminded after nine years and is trying to find her footing in modern reality.

Fuller immerses the reader in the terror and cozy lull of da Hutte, which turns out to be an abandoned cabin in the German wilderness. The pain of seeing a child forced to live in the ego and madness of her father’s delusion is infuriating, but speaks to the disillusionment all children experience in one form or another: parents lie for a multitude of reasons, from well-meaning to misguided to malicious. Most of us aren’t trained to think that the rest of the earth outside of our houses has been annihilated by a nuclear war, but we all grow up and discover that the truths we accepted as children do not hold up with the contradictions of adulthood.

The novel is visceral, with scenes you can smell and taste; you'll feel your hair prick up from the back of your neck. Peggy navigates the trap of her father’s lies with a convincing child’s naiveté, lilted with a fascinating set of her own survival instincts. The fairytale-like setting and parable trappings belie the rich, haunting psychological drama that makes the story’s heart beat. Peggy senses that much is amiss in her circumstance, but still wants what any daughter wants — to please her parents, to make them proud, to transform a gloomy day. To be good in spite of what she increasingly learns what is right. Her balancing act between loyalty and self-preservation is mesmerizing, an art teetering above disaster. She is a character who surprises in her aggressive spirit, a twist on her father’s cowardly doomsday obsession. While her father hides, abuses and devolves, Peggy finds a way to claw free.

I’d like to send a copy to every friend I know.

In this astonishing debut novel, Fuller succeeds on every level, from the aching, gorgeous sentences that make you stop, reread, repeat, to the plot twist that makes Gone Girl look like a plot-by-number stock formula. Peggy’s journey is an epic you’ll be replaying like a favorite song in your mind for weeks, and the ending deserves an extra hour blocked out for book club. An ovation-worthy triumph that is un-missable, inescapable, and unforgettable.