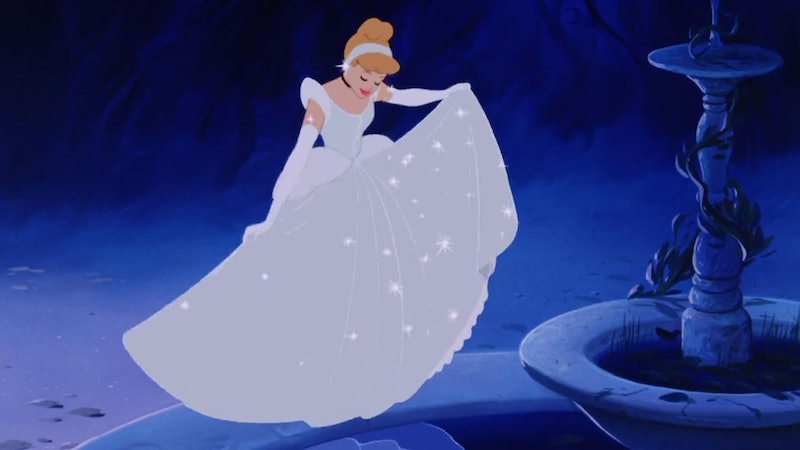 By now, we're all well-acquainted with the idea that Disney princesses of yore are poor examples of feminist role models, to say the least. There's literally no end to how much we can admonish these symbols of patriarchy, many of whom were first born into the world through fairy tales in times when "feminist" wasn't even a world, and unfortunately immortalized in Disney cartoons when it was. The hilarious Honest Trailers has taken on the original 1950 Disney animated Cinderella and its dangerously anti-feminist messages in their latest re-imagined truth bomb trailer. Beginning by pointing out how many times the Cinderella story has been told and re-told, this video only scrapes the surface of the Cinderella influence, which has subversively worked its way into popular culture in ways most people wouldn't even notice. She's All That, anybody?

The trailer hilariously suggests that Cinderella's ability to talk to animals is because she's a "powerful druid" or because she's been "driven mad" by years of seclusion. Way to kill the magic, guys. (But for real, you're not wrong.) Overall, the trailer serves to highlight the fact that Cinderella promotes the clearly problematic idea that in order to find a man (which is framed as a woman's primary goal in life), she must essentially change who she is (at least, if who she is is poor, ugly, or has mice-friends). Who she is on the inside doesn't matter, so long as she's pretty. Watch below:

Here are some modern Cinderella stories you might not even have noticed:

1. The aforementioned She's All That, in which a dorky girl is the subject of a bet between two studs, but when she becomes sexy the awkward hackey sack-playing Freddie Prinze Jr. gets a boner for her, because it's what's on the outside that counts.

2. Grease, where the only way to get Danny Zuko to like you is to become the exact opposite of yourself, which, in this case, means trading in silk hair bows for a perm and leather pants and has nothing to do with broadening, I dunno, your mind or something dumb and irrelevant like that.

3. Kimye, because if you want to keep your boyfriend/husband's attention, you have to get with his idea of "fashion".

4. The Breakfast Club, in which the dark, "weird" girl only gets Emilio Estevez's attention when she goes Stepford wife pastel pink.

5. Clueless, where dorky Tai only courts male attention after she receives a sassy make over.