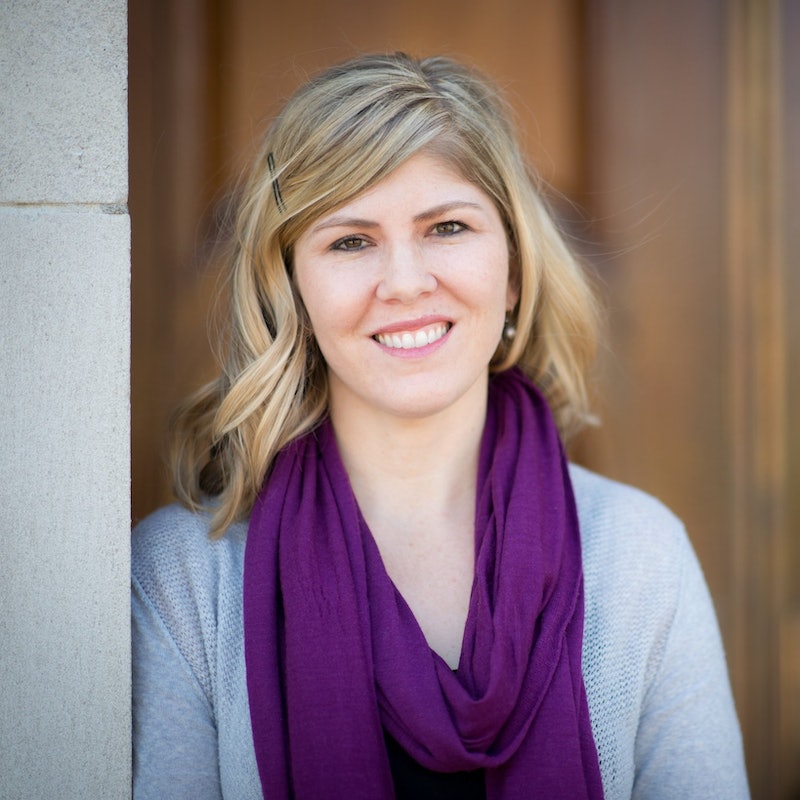 You'll want to keep turning pages as fast as possible to find out what happens next in Keija Parssinen's novel The Unraveling of Mercy Louis (Harper). An intricate and suspenseful literary novel that makes you want to slow down to appreciate Parssinen's rich prose, it's a heartfelt story full of characters that feel real enough to jump off the page, with plenty of emotional twists peppered along the way. It's also an unusual in its deep look at the world of teenage girls.

It's 1999 in Port Sabine, Texas, a small town still reeling from a devastating and deadly explosion at the local oil refinery two years before, and all eyes are on the high school girls' basketball team and their star player, Mercy Louis. Mercy is the most promising thing to come out of Port Sabine in a long time, and hopes that the game she loves will lead to a scholarship and future. Meanwhile the team manager, Illa, watches her from afar, her daydreams about being Mercy's friend a welcome distraction from caring for her own sick mother.

But after a premature baby is found in a dumpster across the street from the local high school, the town begins to get more and more wrapped up in the investigation, and suspicion and blame begins to attach itself to the girls of Port Sabine. Mercy's religious grandmother, who raised her, sees it as further sign of the coming apocalypse. And as the year winds on, Mercy's world does in fact begin collapsing in on itself, and Mercy begins to unravel.

Although teen girls might frequently take center stage in young adult fiction, it's rare to find the world of high schoolers explored in more literary works, especially high school girls. And yet Keija Parssinen has not only written such a book, but written it beautifully. It's full of lyrical language and memorable lines like, "The roadhouse is not the type of place where a person's age matters much — everyone looks life-worn, herself included, and that's as good as legal." And the novel's insightful eye for exploring the town of Sabine and its many layers and fault lines is nothing short of masterful.

But although this is in many ways a novel about a town, at its heart are the teenage girls who serve as its protagonists, and their struggles coming of age in a place that places limits on their behavior at every turn. In the deeply religious community of Port Sabine, already the sort of place where purity balls are common, the discovery on the dumpster baby and the police investigation into the mother's identity only increases the amount of scrutiny and surveillance on the town's young women, to the point where one girl remarks bitterly, "You'd think being a girl was the fucking crime." And in some ways, the novel implies, it is.

It's rare to find a work of literary fiction that gives such serious attention to teenage girls, who often seem to be written off rather than taken seriously, both in literature and in life.

The Unravelling of Mercy Louis is a smart, patient look at what it's like to come of age as a young woman in a place where teenage girls are already placed under an unfair burden and when it feels like the whole world might just be against you. It's a compelling, thought-provoking story, made all the more excellent by the fact that it's rare to find a work of literary fiction that gives such serious attention to teenage girls, who often seem to be written off rather than taken seriously, both in literature and in life.