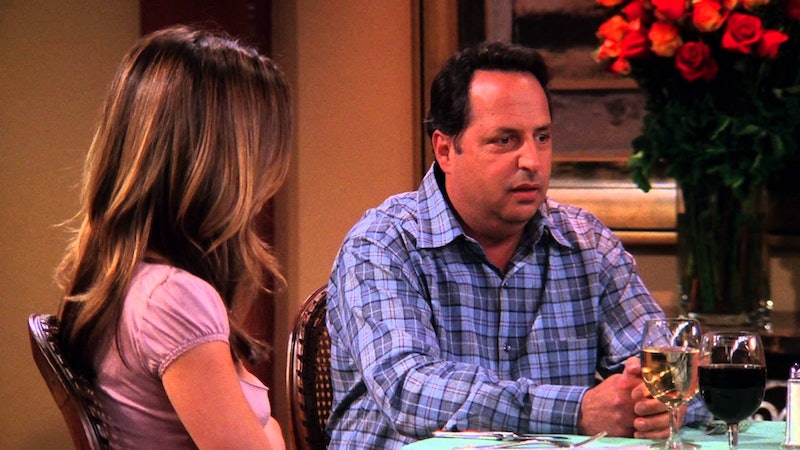 Getting back into dating after the end of a relationship can be tough. Even if you were only with someone for a short amount of time, that's still time spent getting to know someone, and letting them get to know you. A lot of time talking about your childhood, your hopes and dreams, and trying to put your best self forward; It's a lot of time forcing yourself to open up and trust someone enough to show all your soft sides with the promise that they would treat those vulnerable bits with care. That crap takes a lot of effort. And often the thought of starting that process over with someone new—someone you're all too aware it might not even work out with—only for you to have to start it YET AGAIN, can see completely exhausting.

But you have to get back into it. There's really no avoiding it. Even if you don't want a relationship necessarily, it's a cold, hard reality that not having sex for a really long time sucks (if you're someone who enjoys sex, which if you're reading this, I assume you are). So dating is imperative if you want to have sex, and are turned off by the idea of drunk one-night stands with strangers you met in bars, which is perfectly fine. Sex is more fun both with someone you trust, and someone you do it lots of times with and therefore get better at, anyway. Of course, you probably don't want to jump straight back into the dating game head first (no pun intended), so it's better to just dip your toes in (pun intended, because I am sick and immature, clearly), warm up, and get back into it slowly. Here are six ways to get back into the dating game after you've been in a relationship:

1. Date yourself for a bit

Part of the work involved with getting out of a relationship that wasn't working is finding yourself again. At the end of a relationship, especially one that wasn't so great, you'll find that you lose yourself somewhat as you either try to make things work, or else go down with the sinking ship. It's probably safe to say that no one is the best version of themselves during a breakup. So before you start dating other people, date yourself. Spend some time doing the things you like doing, with yourself. Go for bike rides, visit galleries, have a brunch alone with a good book—whatever it is that you like doing, go and do that. Once you realize how great your own company is, and start developing a solid idea of yourself as a single individual, you'll feel more confident going into dating other people.

2. Flirt when you can

This might sound silly but deal with me for a minute: Practice flirting wherever you can. Live life flirtatiously (okay, even I think that sounds silly)! When you're in a relationship, you tone down your flirtation a lot, or at least you should if you don't want to get in trouble with your partner. And while everyone flirts a little, the kind of flirting you do when you're in a relationship isn't the type of flirting that's overt or designed to lead anywhere. So you need to get back in practice! When you meet people you're attracted to, practice putting your signals out by flirting. It's a really innocent way to ease yourself back into the game.

3. Call your Friend With Benefits

If you've been in a long-term relationship, I'm sorry but this one probably doesn't apply as much to you (but can still work!): The longer you're away from that casual sex partner you used to have, the less likely is it you'll ever be casual sex partners again. But a good way to dust the relationship cobwebs off is to reconnect with that person who, for whatever reason, you never wanted to date and they never wanted to date you, but the two of you were perfectly great bedroom partners who were happy to have sleepovers and even breakfast in the morning without any awkwardness. Call that person, and see if they're up for getting back into bed with you. Because half the struggle of getting back into dating is not only imagining yourself being with someone else, but actually physically being with someone else. If you can make that first time back out on the open road with someone you're already comfortable and feel safe with, then you'll might be able to make the transition easier.

Put your freakum dress on. Grab your friends. Go to a bar or a party! That's the best way to casually meet people. You can have a few drinks, and socialize with both your friends, friends of friends and strangers. A group social situation can help ease you into meeting people without the pressure of one-on-one dates, which can understandably feel like way too much to jump into right away after a breakup. And I hear they have cute people in bars and at parties. I'm not entirely sure, being that I'm one half of a smugly-coupled hermit pair, but I've heard that it's true, so you might as well be the one to go out and confirm it for me. Who knows, you might even meet someone you end up doing on that one-on-one date with...

5. Swipe it, or whatever it is the kids are doing these days

Tinder sort of happened right when I got into the beginning of what is now a long-term relationship, but I'm aware that most of my friends are meeting people this way now. Set yourself up with an online dating app and get to browsing. If you're feeling trepidation about getting back into dating, it's a great way to simply entertain the idea, because you can browse the crowd of horny singles without actually committing to anything solid. Then when you are ready for the actual physical date, it can be with someone you're entirely unconnected to and uninvested in, so you don't have to feel bad if there's no chemistry.

When you're really ready to get back into dating with a view to a relationship, a great way to get started is to raid your friends' pantries. Everyone you know has secret single friends in other social circles or at work that are just waiting to be set up with you. There's no shame in asking your buddies if they know anyone who might be suitable for you, and it's the perfect way to meet someone because they've already been vetted by your friend!