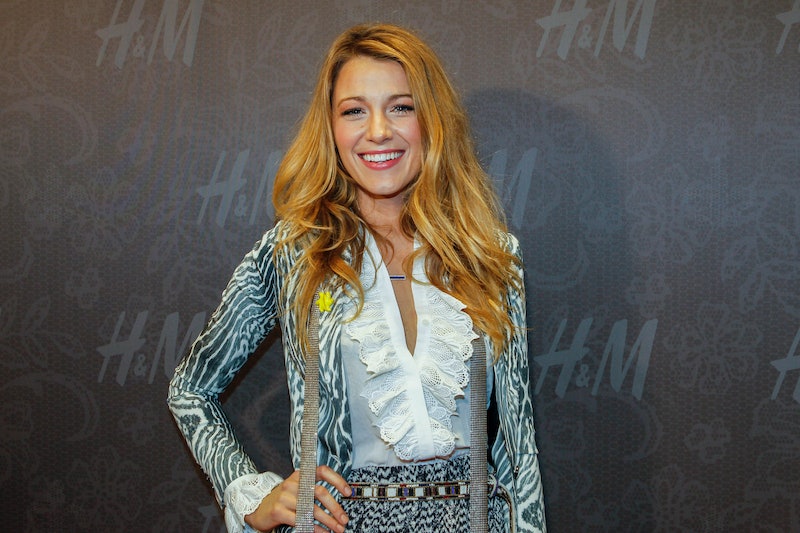 Don't be surprised if you spot Blake Lively hosting a knitting circle. After taking some time off to enjoy being a new mom, Lively's finally back in the spotlight and she's opening up about what it's like at home with her and Ryan Reynolds's baby girl, running her lifestyle company Preserve, and living with her Photoshop wiz of a husband. In the April 2015 issue of O, The Oprah Magazine, Lively revealed that she's learned how to knit, among other hobbies, since the birth of her child last December. The Age of Adaline star was asked how she winds down after a day juggling her new family, business, and acting career.

"Creating something I can use," Lively says. "I'll knit or cook or work on a motorcycle, a skill my husband is teaching me. One of my latest projects was painting nature-inspired throw pillows."

Lively isn't the only Hollywood star to take up knitting as a hobby. Fellow mom and businesswoman Sarah Jessica Parker knits while watching TV. In fact, it was Parker's Sex and the City co-star Kristen Davis who taught her how to knit. Other celebrities even bring their knitting projects on set in order to pass the time between takes, including Mad Men star Christina Hendricks, Dakota Fanning, and even Meryl Streep who hand knitted the shawl that her character wore in the 2008 film Doubt.

A knitting club with Meryl, SJP, and Blake — now that we'd love to see!