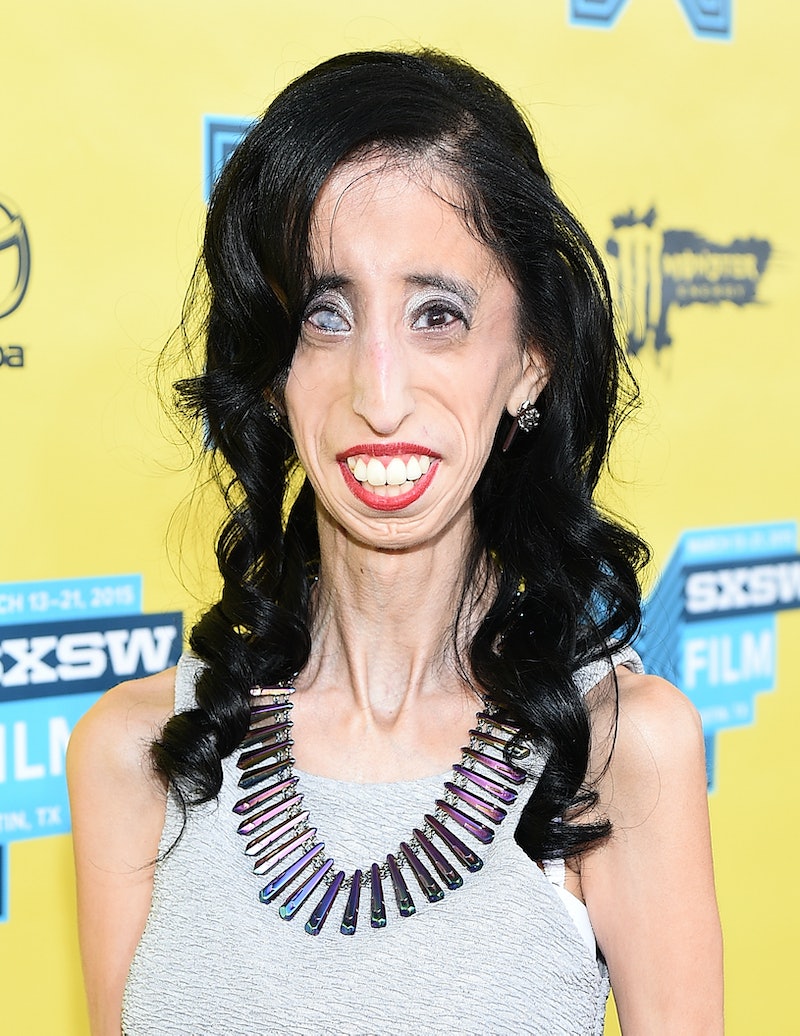 You probably know who Lizzie Velasquez is already, but if you don't, well, prepare to meet your newest role model. The 26-year-old just debuted her documentary “A Brave Heart: The Lizzie Velasquez Story” at the SXSW Festival, and boy, did it move everyone's hearts.

If you don't know who she is, here's her backstory: Velasquez was born with a condition that is so rare, it doesn’t even have a name. She has absolutely zero body fat, unable to gain any weight and is blinded out of one eye. And her story starts out like the average bullying victim’s story, except it’s amplified by millions.

Velasquez was searching through YouTube for some music and stumbled upon a video titled, “THE WORLD’S UGLIEST WOMAN,” and saw that it was a video of her. Of course, at the time, the video’s hurtful comments were beyond shocking and unimaginably painful to endure, but Velasquez amazingly turned all that into something positive.

Honestly, I don’t even understand how she was able to turn this around. I feel like anyone who would go through a bullying situation of this intense degree would spiral into depression — and many actually do. But Velasquez built herself up and opened the eyes of her audience and millions of viewers through her moving TED Talk, and now at SXSW with her documentary — which, by the way, got a standing ovation.

Velasquez has a YouTube channel with over 314,000 subscribers who get to peek into her life. She described how she doesn’t, “know these people, but turning on my camera and pressing record is like opening a small window into my life for people who might need a friend or who are watching my videos because they don’t have a social life or are stuck at home or whatever they may be, and because of that, it makes me feel good to share my life.”

Her overall outlook on her life is extremely positive. She even would want to thank the person who posted, “THE WORLD’S UGLIEST WOMAN,” because “...if I never found that video, it wouldn’t have been the spark to change everything. I think I’d still be in a way helping people but I don’t know if in the same way as now. I wouldn’t be mad. I’d be so grateful, which sounds so crazy. It changed everything.”

Lizzie, you might think that single video changed everything, but ultimately it was actually you. Check out her documentary’s trailer here: