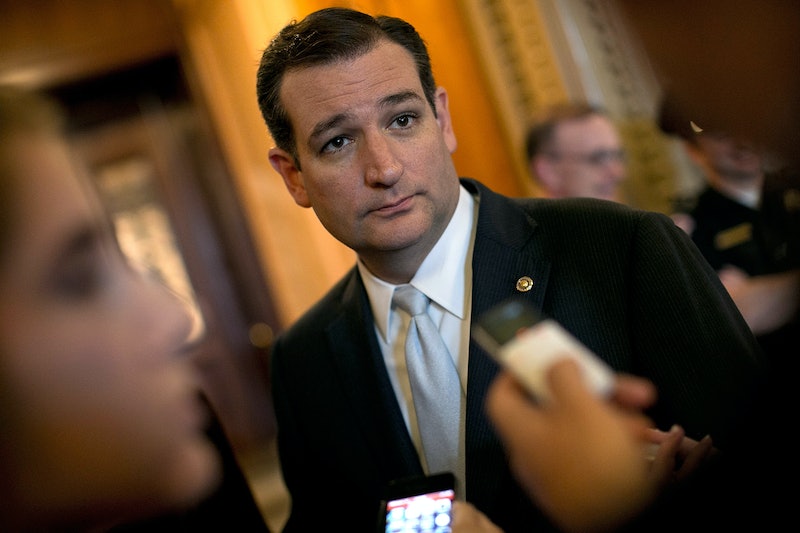 Ted Cruz’s debt ceiling antics have cost him the support of the Houston Chronicle, which has penned an op-ed expressing why they regret endorsing him in 2012. The paper was never particularly fond of Cruz to begin with, having supported his impeachment-happy opponent David Dewhurst in the Republican primary, but ultimately concluded that he was a “thoughtful, energetic and dynamic” guy who would “spend his energies standing up for Texans of every background and economic station.”

But now, as the utter failure and damage of Cruz’s shutdown campaign comes into focus, the paper is pining for Cruz’s predecessor, Kay Bailey Hutchison:

We miss [Hutchison’s] extraordinary understanding of the importance of reaching across the aisle when necessary. Neither sitting Texas senator has displayed that useful skill, and both the state and the Congress are the poorer for it.

One reason we particularly believe that Hutchison would make a difference in these hectic days is that if she had kept her seat, Cruz would not be in the Senate.

When we endorsed Ted Cruz in last November's general election, we did so with many reservations and at least one specific recommendation - that he follow Hutchison's example in his conduct as a senator.

It’s been a long fall from grace for Cruz, who only two years ago the National Review christened “the next great conservative hope.” Now, Americans dislike him by a 2:1 ratio, which is problematic for a guy plotting a presidential run. Even his Republican colleagues reportedly hate his guts, and, oh yeah, Obamacare is more popular than ever.

More like this
Christina Aguilera Took A Powerful Stand At Brighton Pride
By Sam Ramsden
Are John Legend & Kanye West Still Friends? The Singer’s Latest Update Is Candid
By Brad Witter
Courteney Cox Doesn't Remember Filming 'Friends'
By Jordyn Tilchen and Sam Ramsden
Which Cast Member of 'Westworld' Season 4 Has the Highest Net Worth?
By Meg Walters
Get Even More From Bustle — Sign Up For The Newsletter