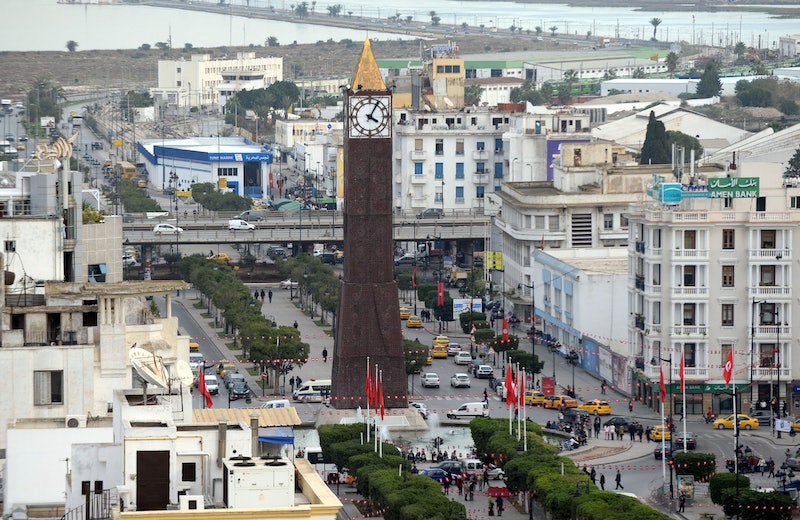 On Wednesday in Tunisia, three men stormed the Bardo Museum the capital of Tunis dressed in military attire, killing 19 people. Earlier that day, gunshots were reported near the Parliament building, which stands adjacent to the museum. It's worth mentioning that Tunisia has the one of the lowest gun ownership rate in the world, and according to the website GunPolicy.org, the country's gun regulation is categorized as restrictive.

To put that gun control context in perspective, let's compare Tunisia with the U.S. The rate of gun ownership in Tunisia is 0.1 per 100 residents. In the U.S., the rate is 90 per 100 residents — that's 900 percent more guns than Tunisia. In terms of actual number of privately owned guns, Tunisia ranked 173 out of 178 countries. According to statistics listed by GunPolicy.org, a project of the University of Sydney, there are roughly 9,000 privately owned guns in Tunisia, both legally and illegally. The number of licensed firearm owners and registered firearms is 3,408. These numbers are miniscule given that the population of Tunisia is nearly 11 million.

While the U.S. had 12,179 reported gun homicides in 2008, Tunisia does not even have recorded stats for gun homicides, but its total number of homicides (by any method) for the same year was just 117. In the U.S., the number of reported gun suicides in 2011 was 19,766 and the number of unintentional gun deaths for the same year was 851. In Tunisia, the last year on record for both these categories was 1996, when there were just two gun suicides and zero unintentional deaths.

These low stats are even more significant when you consider how the people of Tunisia were able to overthrow the longtime dictatorship of President Zine El Abidine Ben Ali, igniting the Arab Spring, with so few guns. Though his regime was thoroughly and indisputably corrupt, Ben Ali's stringent gun control has attributed to a country with very few gun crimes and deaths — although at the expense of living in a police state.