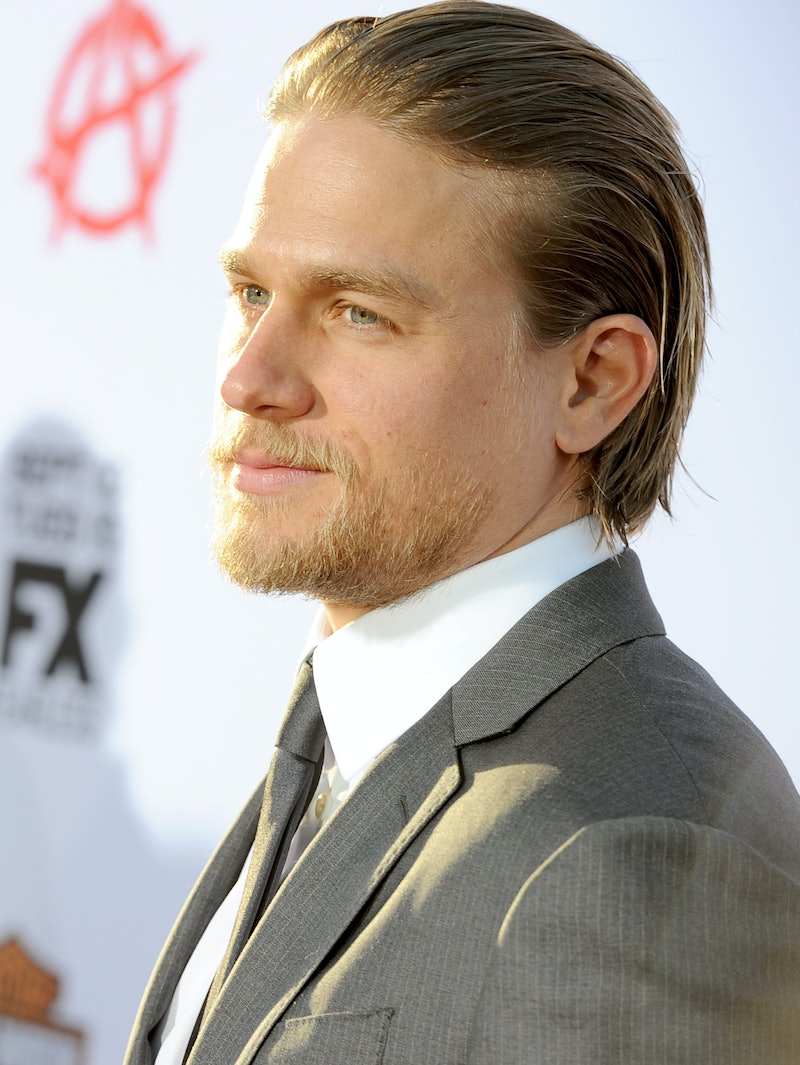 Charlie Hunnam is out of the Fifty Shades of Grey film adaptation (praise all that is good in this world), but that doesn't mean people will stop wondering why he abruptly left. Did Robert Pattinson leave him a frantic voicemail message telling him to get out while he still can? Was Hunnam disheartened by the fact that his Sons of Anarchy co-stars "howled" when he told them of his new role? Did the script just suck that much? The real reason hasn't been clear — but now, looking at the salary he was set to make for the role, maybe it just wasn't worth it. According to reports, Hunnam was set to make only $125,000 for the role, which would have required about three months of work. And he likely would have spent the majority of those three months with his clothes off.

No, this salary is pretty small, especially for a franchise and for an actor like Hunnam — he's not a major name in Hollywood yet, but he still has a few recognizable projects on his IMDb page, like Sons of Anarchy and Pacific Rim. Even Robert Pattinson, who was pretty much just recognizable as Cedric Diggory before Edward Cullen, was offered $2 million for the first Twilight movie. Anything below $500,000 for 50 Shades is a major low-ball.

That said, now that the role of Christian Grey is unoccupied again, maybe the studio should just hire James Deen and be done with it. They'd be able to pay him a lot less, and he was sort of a fan favorite anyway.

More like this
Natalia Dyer & Charlie Heaton's Relationship Is Still Going Strong
By Allyson Koerner and Sophie McEvoy
'Stranger Things' Star Joe Keery Is Dating An "Indie Scream Queen"
By S. Atkinson and Grace Wehniainen
Laura Dern Said “Cultural Awareness” Made Her Rethink This 'Jurassic Park' Fact
By Grace Wehniainen
Colin Firth Revealed His Favourite Mr. Darcy (& No, It's Not Himself)
By Sophie McEvoy
Get Even More From Bustle — Sign Up For The Newsletter