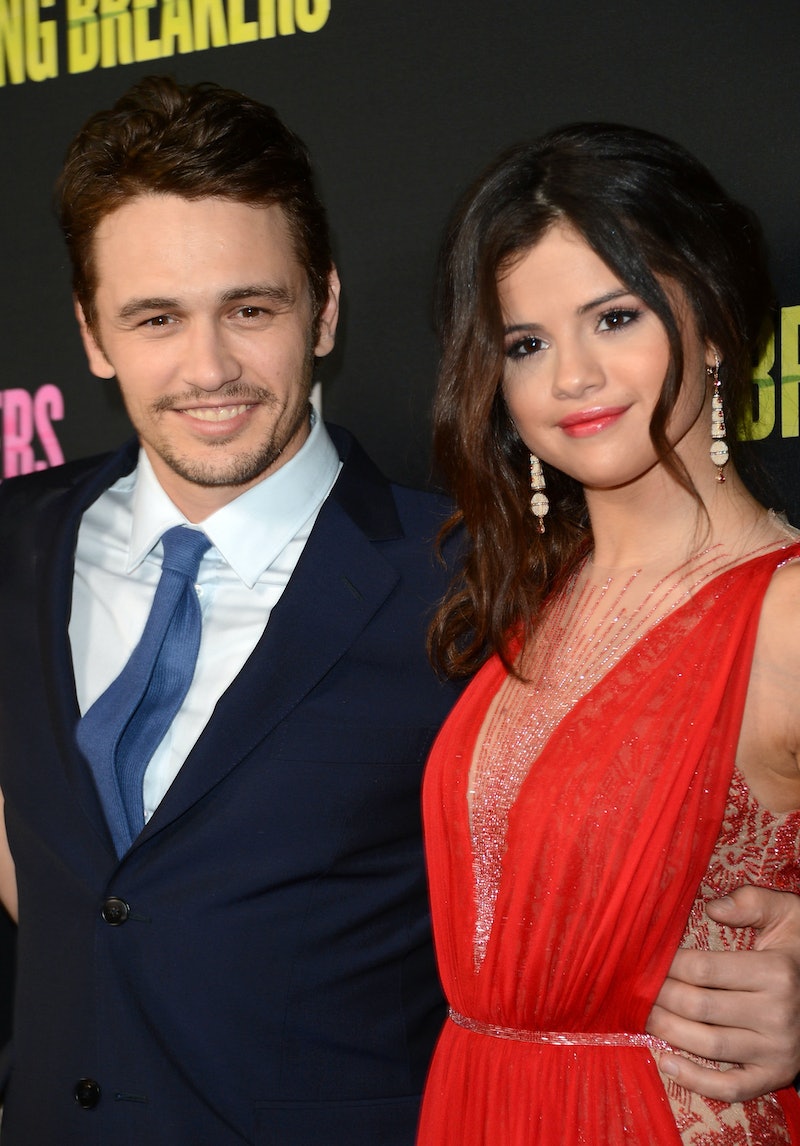 It turns out that spring break may really be forever. Spring Breakers co-stars Selena Gomez and James Franco will reunite for In Dubious Battle , as Franco directs and he and Gomez co-star in the John Steinbeck novel adaptation. However, this time they won't be running around on a beach with guns or doing synchronized dances to Britney Spears' "Everytime" while wearing pink ski masks. (Actually, Gomez wasn't even in that scene from Spring Breakers, but either way, Steinbeck doesn't have song-and-dance numbers.)

Franco's role in the film other than director hasn't been revealed, but the movie already boasts an impressive cast. Nat Wolff — who played Isaac in The Fault in Our Stars and will lead John Green's next adaptation Paper Towns this summer — will play the lead, Jim Nolan, and Bryan Cranston, Ed Harris, Vincent D’Onofrio, and Robert Duvall round out the cast so far. There is a six degrees of separation to the cast already, since Wolff starred in Palo Alto with Franco and Gomez played Wolff's crush in Behaving Badly. Considering that the book was written in 1936 about an activist organizing a fruit pickers' strike, it probably won't be as racy or dramatic as any of their former collaborations, but it will still be great to see so many reunions at once.

More like this
Rita Ora Celebrates Finding Her "Fairytale" Ending With Taika Waititi
By Sophie McEvoy and Catharina Cheung
Taylor Swift Wants To Direct A Movie Next — But You Might Have To Wait
By Radhika Menon
Twitter Is Freaking Out Over Rihanna’s 2023 Super Bowl Halftime Show Announcement
By Stephanie Topacio Long
Everything To Know About Taylor Swift’s 10th Studio Album, 'Midnights'
By Grace Wehniainen and Jake Viswanath
Get Even More From Bustle — Sign Up For The Newsletter