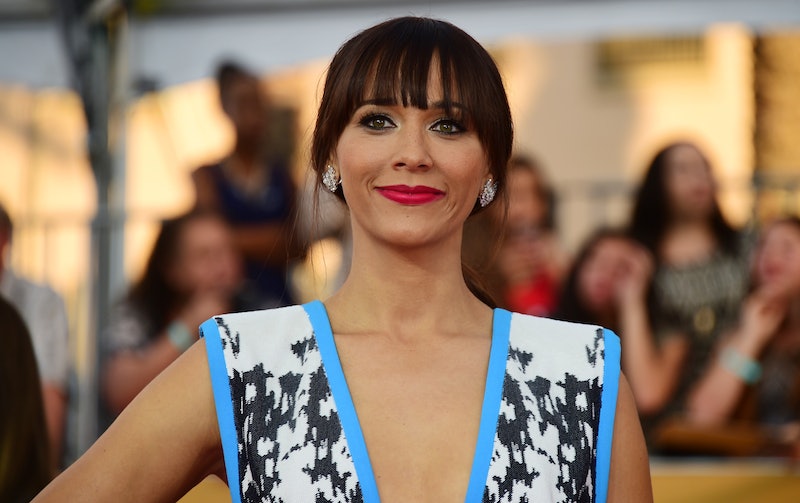 So let's get one thing straight: I'm fine with being mixed-race. What I'm not fine with is how people approach me because of it. I have been stopped on the street, in elevators, and even yelled at on a ferry because people have so desperately wanted to know "what I was." One man actually shouted, "Where are you from?! No, where are you really from—where are your parents from?" at me on a ferry because he needed to know the specifics of my racial identity that badly. What's so bad about these kind of questions isn't even the questions themselves—it's the intrusive way in which they have been thrust upon me. Not only do the people asking about my racial makeup feel entitled to know personal things about my life, my family, and my history, but they feel like their "need" to ask questions is more important than whatever it was I was trying to do at the moment they decided to ask.

I'm an introvert, and despite how willing I am to share the details of my life on the Internet, I'm actually very private in person. That means all of the above (and the list coming below) is a big no-no for me, especially within the first five minutes of meeting me. When people call me "exotic" as if it's a compliment, it's not — it’s a blatant act of othering. It instantly comes across as a thinly veiled way of saying, "You look different, but in an aesthetically acceptable way.” “Exotic” is a seemingly innocent word that unwittingly positions me as the cultural prop in the midst of what would normally be a lily white world.

When people try to tell me that mixed race individuals are "the future of the U.S," they (usually unknowingly) deny how mixed race people that came from colonialism and slavery literally provided the foundations for this country. I understand that most of the time, it's completely unintentional. But intent is never an excuse for impact, because impact stings for a long, long time. Here is a handy list for things you should NEVER say to a mixed race girl:

YOUR MOM. Ohhhh! Just kidding. I'm from my mom.

Contrary to popular belief, you don't have to be half-white to be mixed race. Surprisingly, a white person doesn't need to be involved in the conception of every single baby on the planet. Sometimes, people of color can accomplish things without ANY WHITE PEOPLE AT ALL. I know, I'll give you a minute to absorb the shock of that truth bomb.

Uh, because I went to school in the U.S. where multiculturalism in education isn't exactly a "priority"? And for that matter, why can't you?

Oh, are we having a conversation where we just state the obvious?

I hope you go through many, many growth emotional spurts before you reproduce. Truly.

7. "You should have kids with [insert race here]—that would just be so crazy!"

I'M NOT SOME INGREDIENT FOR YOU TO MAKE A MULTIRACIAL SMOOTHIE OUT OF. Please stop treating my uterus like a genetic Vitamix.

8. "Were you super confused growing up?"

Only by the silly questions people asked me, such as this one, and, oh yeah, IN EVERY OTHER WAY THAT A YOUNG PERSON IS CONFUSED, AKA, CONFUSED ABOUT EVERYTHING.

9. "Mixed-race people are the future!"

Please read the second paragraph. Or, you know, an accurate history textbook.

10. "I would have NEVER known you and your family are related!"

11. "Does your extended family accept you?"

Why would you automatically assume otherwise? No, genius, they've shunned me just as every family does when someone is born into it who doesn't identically resemble every other member of the family.

12. "Mixed people have a much better immune system."

Who exactly made you the expert in mixed race-ology?

13. "Too bad you don't have cool-colored eyes, that would look SO cool with your skin."

I'll take my beautiful browns just the way they are, thanks.

14. "I bet you could've gotten into any school because you're mixed."

No, I bet I could've gotten into any school because I'm an intelligent woman and I worked my ass off.

15. "That must have been so hard for your parents."

I would imagine a lot of things are hard for a lot of parents. Pretty sure that me being a living expression of their genetic merging was an "extremely cool" thing, not a "hard" thing.

And mono-racial people aren't...? Also, please stop talking about us like we are little dolls who are here exclusively for you to "ooh" and "ahh" over. For you to say that I am beautiful is a compliment—to say anything that generalizes literally millions of people is unavoidably underscored by a mindset that says we're "all the same," and even if it's sugar-coated with a "compliment," that's never going to be anything but offensive and dehumanizing.

We are not pretty racial salads here for you to gawk at. We are human beings. Move along.