You're going to pretend like you don't care, but come now, deep down, you really, really do. You must admit to yourself that the drama created by NeNe Leakes, Phaedra Parks, Cynthia Bailey, Kandi Burruss, Kenya Moore, and Porsha Williams is way more interesting than anything those phonies over in Beverly Hills can muster up. That's why this Real Housewives of Atlanta Season 6 preview is damn exciting, y'all. The ladies are back!

The Real Housewives of Atlanta bring in more viewers than any of the franchise's other locations, and it's easy to see why. Sure, there are manufactured fights and stupid, stupid, over-used catchphrases (if I hear "I'm gone with the wind fabulous" one more time... ) but at the core of the show is jealousy. And anger. It's what makes New Jersey so watchable, as well — they're all time bombs waiting to explode, but only when the camera's pointed their way, of course.

In this less than 3 minute preview, we see tons of what seems to be organic drama. First of all, NeNe is back, and her ego is bigger and badder than ever. Let's just all klonk! to that, and move on.

Porsha's going through a divorce from Kordell, and declares that this season, we'll get to see the real her. We know from previous reports that their separation has been embattled and pretentious, so we can't wait to see all that realness play out on TV. Remember when Kordell changed the locks on his estranged wife? Amazing.

Kenya seems just as crazy as last season, but it looks like this time around, we'll actually see evidence that she's flirted with and offered a blow job to Phaedra's husband Apollo. Something strikes me as disingenuous here — if anyone was going to manufacture a story line to get more camera time, it's Phaedra and Kenya — but the cops are called, so there's that.

Cynthia and that chump of a husband Peter still can't seem to get it together and shocker! His latest venture — a nightclub in a strip mall — has failed. Then there's Kandi, who looks to have the most dramatic story line of the season.. Her mother does not trust Kandi's fiancé and drops hints left and right that he's been sleeping around with Kandi's friend. No one believes Mama Joyce, until we do... and then Kandi launches into a fist fight at a fancy pants gathering.

Ah, this show. I love it so much. The Real Housewives of Atlanta Season 6 premieres Nov. 3 on Bravo. 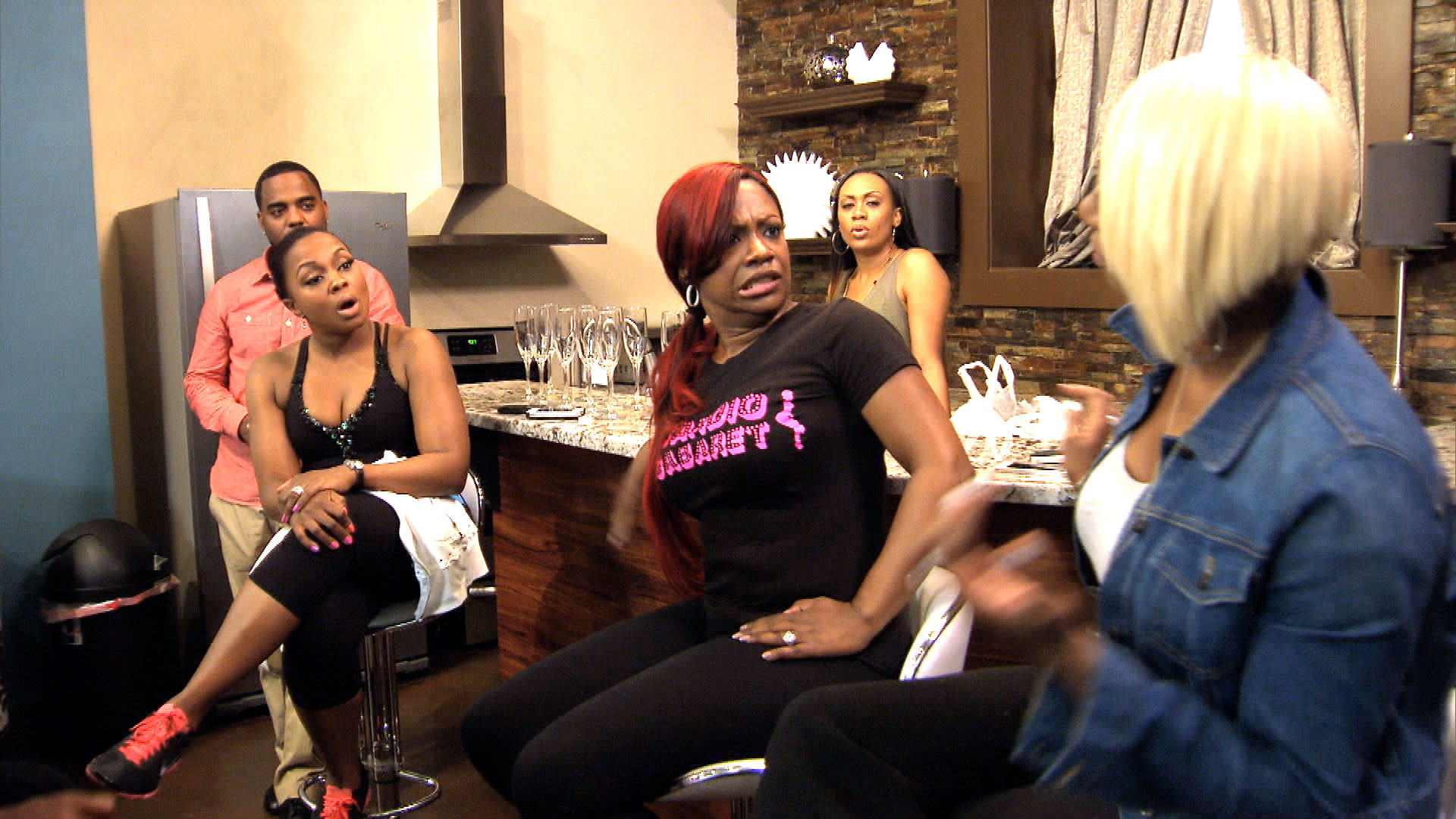