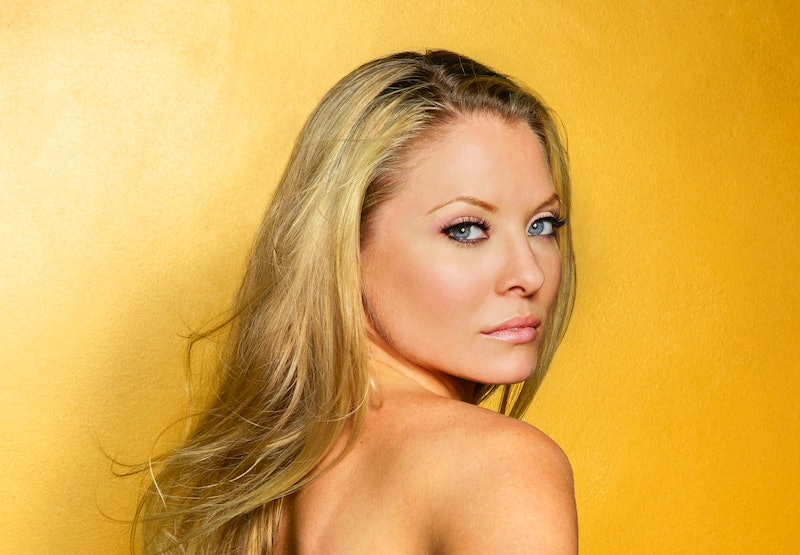 Wow. Just... Wow. I was literally speechless on multiple occasions during the two-hour Empire Season 1 finale, but one of the biggest, if not arguably the biggest, gasp-worthy moments of the episode definitely came when Rhonda accidentally killed Vernon while trying to defend Andre, only to reveal that she couldn't be under an investigation because she is pregnant. Yup, that's right. Rhonda is now a freaking killer. Her character has really grown over the last few episodes, and I know I'm not the only one who's found her much more likable recently, but she definitely drew the short end of the straw in Empire's finale. While she and Andre seemed happy about the pregnancy at the end of the episode, first they had to overcome Andre pushing her away while recovering from a breakdown and developing an intense connection with his music therapist, Michelle.

Rhonda made a decision early in the episode to leave Andre and the destructive Lyon family thanks to his emotional affair, but eventually she came back as she wanted to make it work with Andre, presumably because she discovered she was pregnant. Unfortunately for Rhonda, she came back right as Andre was in the middle of a physical altercation with Vernon over Andre feeling as though Vernon stabbed him in the back in their attempt to take Empire Entertainment.

Rhonda attacked Vernon by hitting him with what looked to be a candlestick to get him off of Andre, as he was really starting to injure Andre and she feared for his safety. Sadly, the trauma to Vernon's skull was clearly too intense, and he died on the floor of Andre's living room.

When Andre talked about calling the police, Rhonda stopped him because she was worried the police would never believe it was self-defense and she couldn't take the chance of getting imprisoned while pregnant. The finale ended with Vernon presumed missing, while Andre and Rhonda happily see an ultrasound of their baby. But who knows where we'll find them when Empire returns for Season 2. To catch up on everything else that happened in Season 1, check out the recap video below.