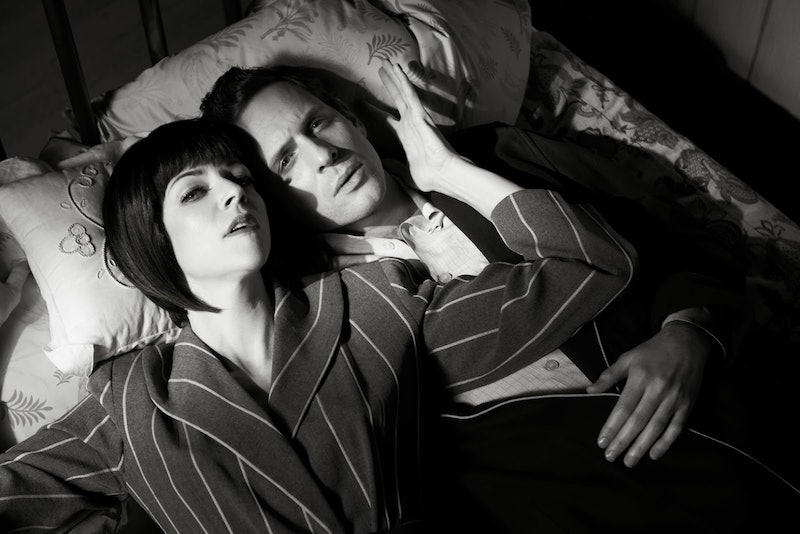 Though not a blazingly original outing like last week's series of dream sequences, "The Gang Gets Quarantined" nevertheless offered up the same dependable characterization Always Sunny has forever given us. It's Always Sunny! It delivers!

The gang is practicing their Boyz II Men "Motown Philly" routine for a chance to perform at an upcoming B2M show when Frank bursts into Paddy's, terrified of the flu outbreak that has seized his building. Naturally, Dennis sees Frank's revelation as a potential threat to their performance. The only solution? The only way to insure that no one gets sick? QUARANTINE.

Because this is a comedy, things go hysterically awry.

From the get-go, Frank is concerned that no one is treating the occasion with the appropriate seriousness. Dee's talking about ordering a pizza; everyone wants to drink. Has no one even been quarantined before?!? One by one, the gang falls prey to their worst impulses. Dennis, convinced of his utter bodily control, does in fact order a pizza. Frank catches him and orders him to spend the rest of the quarantine alone in the bathroom. Next, Dee tries to sneak a bunch of beers through the ceiling tiles. She's sent to the bathroom, too.

Mac and Charlie get the go-ahead to traipse out into the world for supplies, utilizing the "bubble boy" suits that Charlie and his mother used to wear every flu season (they were effective!). At the convenience store, Mac's propensity for dance moves sends him careening into a display and ripping his suit. He's compromised. Although Charlie promises not to rat him out, that…doesn't happen, and Mac is sent in to the bathroom with Dennis and Dee.

Charlie and Frank, arguably the dirtiest guys in the gang and maybe all of Philadelphia, are the only two left. But not for long -- Frank, who has become obsessed with shaving every portion of his body, sends a freaked-out Charlie running for the bathroom. What's in there? Three very sick people. Dennis, practically on the verge of death.

With nothing left to do but wait out Frank's Colonel Kurtz madness, everyone decides to enjoy the whiskey Charlie's hidden in a few cleaning bottles. And a day later they're all…miraculously cured. Guess what? The only reason they were getting sick is because they weren't drinking alcohol. They're just alcoholics!

Crisis averted, they head back into Paddy's… and discover a completely naked Frank, drenched in hand sanitizer. They all won. Frank lost. And, you know, they all learned a valuable lesson.

More like this
The Joys of Eating
By Samantha Rollins
Everything To Remember From 'Stranger Things 3' Before Watching The New Season
By Gretchen Smail
What Makes A Sally Rooney Sex Scene So Hot?
By Samantha Leach
The New Monster In 'Stranger Things 4' Might Be The Creepiest One Yet
By Gretchen Smail
Get Even More From Bustle — Sign Up For The Newsletter