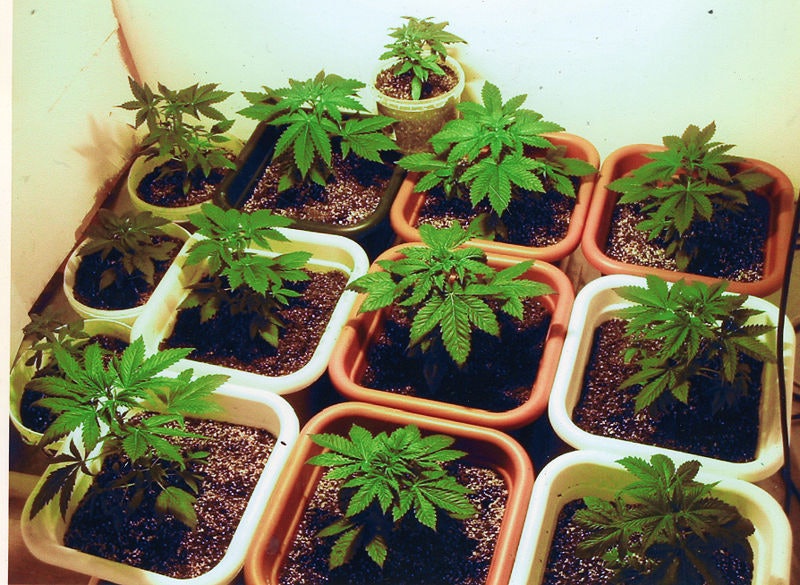 Thanks to a joint effort between Washington lawyers and the State Liquor board, the state has now become the second in the nation, following Colorado, to adopt rules for recreational marijuana sales. The legislation, which takes effect Nov. 18, took a year to devise and is incredibly comprehensive: In addition to capping state production at 80 metric tons,' it also covers the size of 'marijuana gardens' and details what security will be in place there. Marijuana will also be taxed at a high rate, but the "tens or hundreds of millions" it brings in will be redirected to drug abuse and public health programs.

Additionally, 334 pot stores will be licensed in the state, 21 of which will be in Seattle. Some say the number is far too low — 200 medical marijuana dispensaries are already in operation.

Although the details might seem over-regulated or insufficient, it's hard for lawmakers to know what boundaries need to be in place when legislating for a brand-new industry. The state's liquor board members said they were trying to make marijuana "accessible enough that legal pot would undermine the black market, but not so accessible that it would threaten public health or safety,” according to the AP.

Colorado approved its industry rules last month, and marijuana stores will open there in January. Significant differences between the two states' legislation exists, with Colorado on the more liberal end of the spectrum: Colorado residents are allowed to grow pot at home, and existing medical marijuana stores will be able to double as recreational ones. Colorado voters are being presented with a ballot that would tax pot at lower rates and get rid of a state cap on production.

Licenses to grow, process and sell pot are a lot cheaper in Washington: $250 per application, plus $1,000 to renew each year — comparatively, Colorado's start at $2,750 and can reach to $14,000. However, licenses are a lot more limited in Washington: People can't apply for all three types, nor can they hold more than three licenses at a time.

Although other states may soon be getting in on the game, as well as other countries (Mexico, Uruguay and Poland are all reviewing Washington's legislation), individual cities' legislative efforts are seen as the catalyst for sweeping state change, because they provide momentum for a state-wide push. In Colorado, for instance, legalization initiatives in Denver, Breckinridge and Nederland all provided the impetus for state-wide legislation. Next month, residents of Portland, Maine, will vote on legalized possession of up to 2.5 ounces.

(Image by A7nubis via Wikimedia Commons)