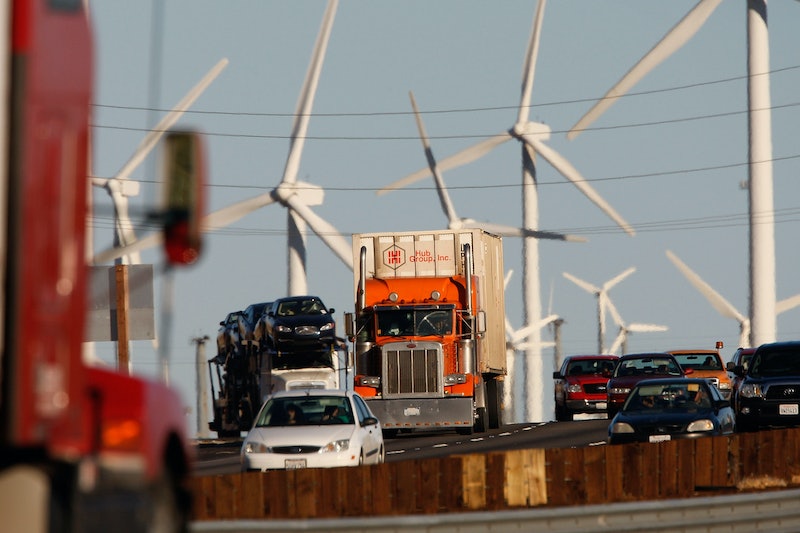 The air we breathe is becoming carcinogenic, according to a United Nations agency's report. The report, released by a subgroup of the World Health Organization Thursday, named lung and bladder cancer in particular as ones being affected by increasing pollution, and stated that the carcinogenic particles are found in air all over the world.

"We now know that outdoor air pollution is not only a major risk to health in general, but also a leading environmental cause of cancer deaths," said Kurt Straif, the leader of an International Agency for Research on Cancer division that ranks carcinogens. "The air we breathe has become polluted with a mixture of cancer-causing substances." Air pollution had already previously been ruled to be a heart disease risk factor.

“This report should send a strong signal to the international community to take action,” said Christopher Wild, director of the IARC. “We can’t treat our way out of this cancer problem. The first step is identifying the causes.”

Straif's group said that air pollution and "particulate matter" will now be part of Group 1 of human carcinogens, alongside "asbestos, plutonium, silica dust, ultraviolet radiation and tobacco smoke." Straif went as far as to call air pollution a bigger problem than "passive smoking." The United Nations attributed 223,000 lung cancer deaths to air pollution in 2010, a number higher than all United States lung cancer deaths in 2013.

"The results from the reviewed studies point in the same direction: the risk of developing lung cancer is significantly increased in people exposed to air pollution," said Dana Loomis, Straif's deputy.

The root of the problem though, is that there's nothing people can do to avoid being exposed to carcinogens originating from air pollution. Though some cities — particularly in China and India — are more polluted than most of the world, the cancer-causing particles are present everywhere."You can choose not to drink or not to smoke, but you can't control whether or not you're exposed to air pollution," said Francesca Dominici, a professor at Harvard's School of Public Health. "You can't just decide not to breathe."