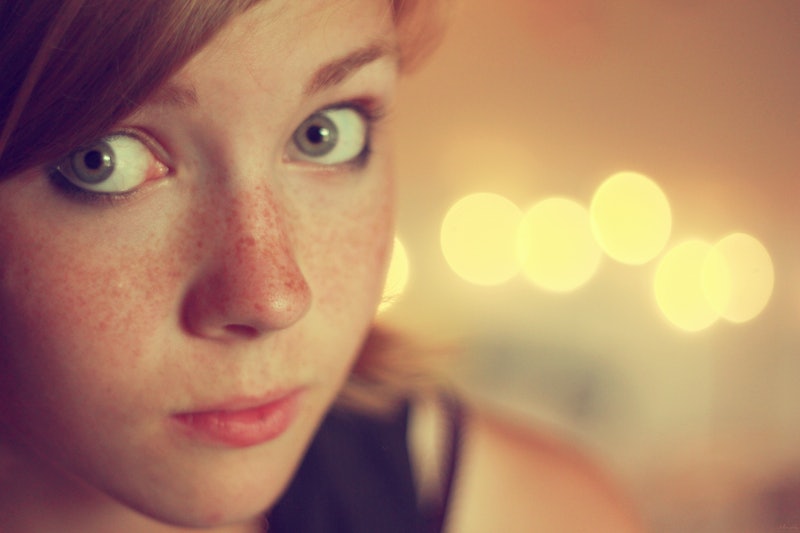 When I finally made the decision to have sex for the first time, I had absolutely no idea what I was doing. I was pretty worried about doing it all wrong. So, I rang up my best friend who gave me the best possible advice: just do whatever feels right (she happens to be a genius).

Looking back on that particular situation I thank my lucky stars, because without the right advice at the right time, who knows what would have happened. If the blogosphere had anything to say about it, I probably would have ended up covered in foam wielding some sort of handcuffs, which I might be into now. But on that night? It would have been, well, overkill.

So, if you find yourself without a personal connection to some killer advice, how exactly are you supposed to make your way through the modern world? Where are the self-help books that actually help you out? I mean, once you've made friends and influenced people, how are you supposed to decide who to invite to the annual Christmas party and who you can leave off the list? How do you know know which birthday presents are appropriate for a new boyfriend? What do you do when you accidentally kill a friend's fish while pet-sitting? Because the self-help industry doesn't seem to have any interest in answering life's most pressing questions, I've come up with a list of self-help books that absolutely should exist but don't.

Highly Effective Tricks for Hiding Your Internet Past… Even from Yourself

Much like stepping onto the scale after a big night out at Chilli's, Googling yourself is a terrible idea. With time, with serious effort, and with the help of some literary aides that don't seem to exist quite yet you might be able to look your digital self in the mirror. Until then, just know that much like Mulder and Scully, you are not alone.

Curbing Addictions the DSM V Doesn’t Know About: From Netflix to Instant Noodles

Temptation, thy name is Netflix. Oh, and potato chips, but that's just me. I've heard dangerous things about Pirate's Booty and Hulu, as well... I'm willing to be open-minded. So what's a girl to do when the darker side of life is calling and there's really just no good reason to settle down to work? If only there were a book that could offer some answers...

How to Win Over Bouncers and Influence Barkeeps

I once witnessed a physical altercation between a very dear 110 pound friend of mine and a bouncer who could have given Mr. T the fight of his life. Needless to say, it did not end well. We've all been there — the tightly crossed arms, the casual shake of the head, the warm flush of rejection — it's infuriating. Then again, with the right tips (and maybe a few tricks) a whole new nightlife lies just around the bend... at least, I think it does.

Why You’re Crying During Shavasana and Life’s Other Mysteries, Solved

I've done an informal survey and it turns out that I am not alone — full-on breakdowns during the final moments of a yoga class are in as common as a Kim Kardashian selfie. Of course, if you're looking to find out why exactly those last few moments on the mat tend to open the emotional floodgates you're going to have to hope that my psychic powers are as sensational as my amateur survey skills, because what you and I both need is a book that just does not seem to exist yet.

The 7 Habits of Highly Effective Composters

If you haven't lived through a worm infestation in your kitchen, you really weren't posturing hard enough in college. Seriously, folks, if you think a worm composter is all fun and games you are in for a very serious reality check in the form of an invertebrate infestation. So how do you compost effectively? Well, I firmly believe that there are few simple rules that can make all the difference. I'm just not sure what they are yet.

The Power of Powerlessness: Your Bank, Your Cellphone Carrier, and How to Beat Them at their Own Games

Whoever told you it was your life was lying. It's not your life, those aren't your minutes, and that isn't your money. That's right, it's time to bow down to our new corporate overlords — the banks and the cell phone carries have officially taken over. Of course, if you're not quite in the mood to bend and spread whenever the modern version of "the man" says the word (or in this case sends the bill), you might just need a book like this.

Sheer Madness: Dressing for Success in the Era of Kim Kardashian

There is one piece of advice I can give you with absolute certainty: sheer blouses make potential employers uncomfortable. You may look hot, but you're definitely not getting the gig, unless it involves reality television. So how do you dress for success without imitating the cast of Law and Order? Step 1: Disengage from the Internet. Step 2: Find someone without an addiction to all things neon, patterned, and faux to give better advice than I can.

Do you remember that secure job you were promised after you did you graduated from a good college? The one with health benefits and some sort of a retirement plan? The one with vacation days? Let that job fly off into the realm of myth and legend like the unicorn that it is. What you need is the stamina to sustain you throughout weeks of work from the early morning until the wee hours of the night. How exactly are you going to make that last without resorting to mind altering drugs or an unhealthy obsession with the nocturnal lives of your neighbors? If only there were a book that had all the answers...

Lies Your Psychic Told You

Tall, dark, and handsome? Sure, I've hard that one before, but Match.com seems to think I'm more of an aloof, beaded, and tattooed kind of girl. What to do when your reality doesn't quite match up with the fantasy you were promised as a willing consumer of fate? I feel quite confident this book holds all the answers, I'll consult my tarot cards and let you know exactly when you can expect to see it on a shelf near you.

Giving Good Duck Face and Other Secrets of the Selfie

To Photoshop or not to Photoshop‚ that is the question. Of course, if you know the secrets to the perfect selfie you'll never again find yourself moaning over a Google Image Search that threatens to reveal your very worst side to the masses. So pucker up and raise that iphone high — it's the very least you can do.