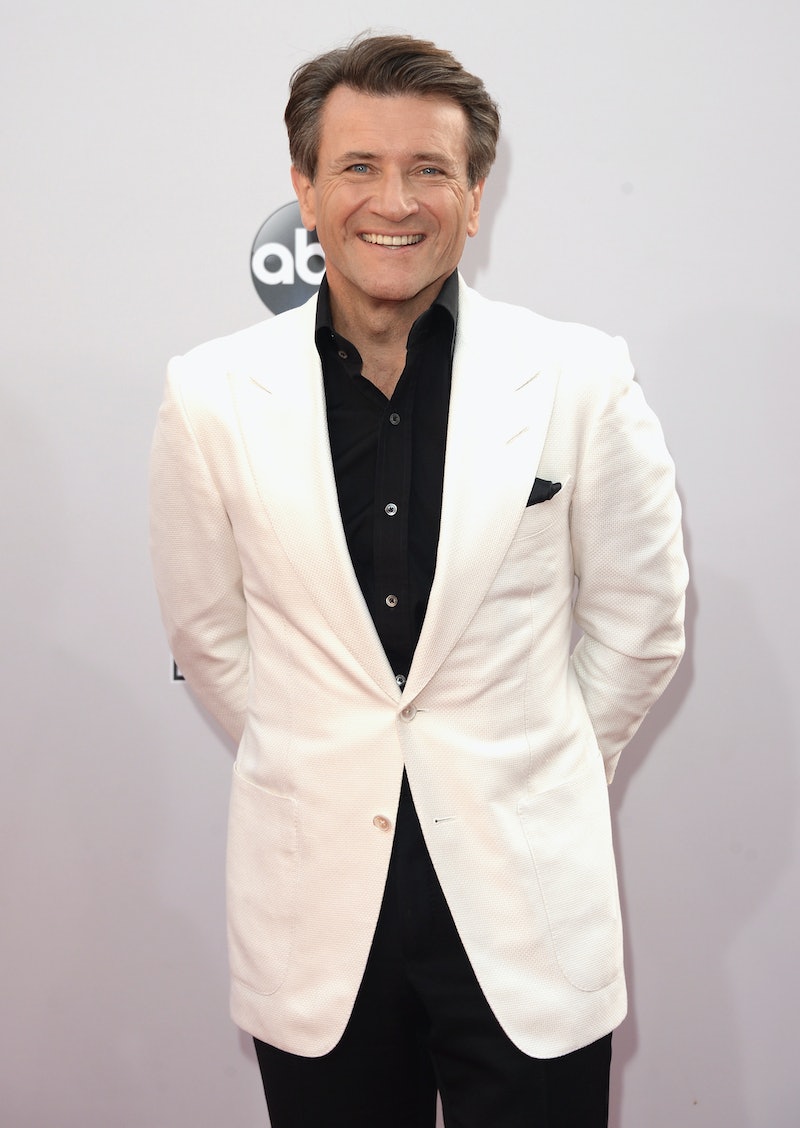 You've seen him at his best on ABC's Shark Tank. Now, you get to watch Robert Herjavec on Dancing with the Stars , where he's partnered with professional dancer Kym Johnson. So, we know he's a great businessman, investor, and isn't afraid to cut a rug in front of a ton of people. What else do you want to know about him? How about Robert Herjavec's height? After seeing him on DWTS, you might be interested in just how tall Herjavec is. Well, unfortunately, I don't have an exact answer, but that does't mean we can't come up with an estimate.

It doesn't take rocket science to narrow down Herjavec's height. All we really have to do is look at some photos, check out who he's standing next to, find out their height, and then deduce from there. Sounds pretty simple, right? OK, maybe it's not the math test you want to be doing right now, but, hey, let's make it fun. FYI, this is why I majored in English and not math, so bear with me.

Anyways, based on photos, I'm going to say that Herjavec is under six feet. Why do I think that? Well, there's one person in particular who is going to help us prove just that. I guess you could say she is the key to figuring out Herjavec's estimated height. It is none other than his DWTS partner Kym Johnson. That's right, it's all up to her. So, here we go in proving that Herjavec is not quite six feet tall.

Exhibit A: We Know Kym's Height

Exhibit B: This Photo Says A Lot

During this DWTS practice, Johnson and Herjavec are both wearing flat shoes. You can see that Herjavec and Johnson look about the same height. Also, if you watch the video, at times it looks like she might be a bit shorter (maybe by a few inches) than her dance partner, but that also could be because of their dancing. Overall, they look around the same height, with Herjavec possibly being a slight taller.

There you have it. What does that prove? Well, I think it's pretty clear that I'm right in saying Herjavec is probably somewhere between 5'7" and 5'9".

More like this
Is Queen Elizabeth II Or The Royal Family In Netflix’s 'Harry & Meghan' Docuseries?
By Jake Viswanath
Archie & Lilibet Are Eligible For Royal Titles — But There's A Catch
By Jake Viswanath
Larsa Pippen Is Reportedly Dating The Son Of A Legendary NBA Player
By Jake Viswanath
More Jodie Turner-Smith, Please
By Erin Somers
Get Even More From Bustle — Sign Up For The Newsletter