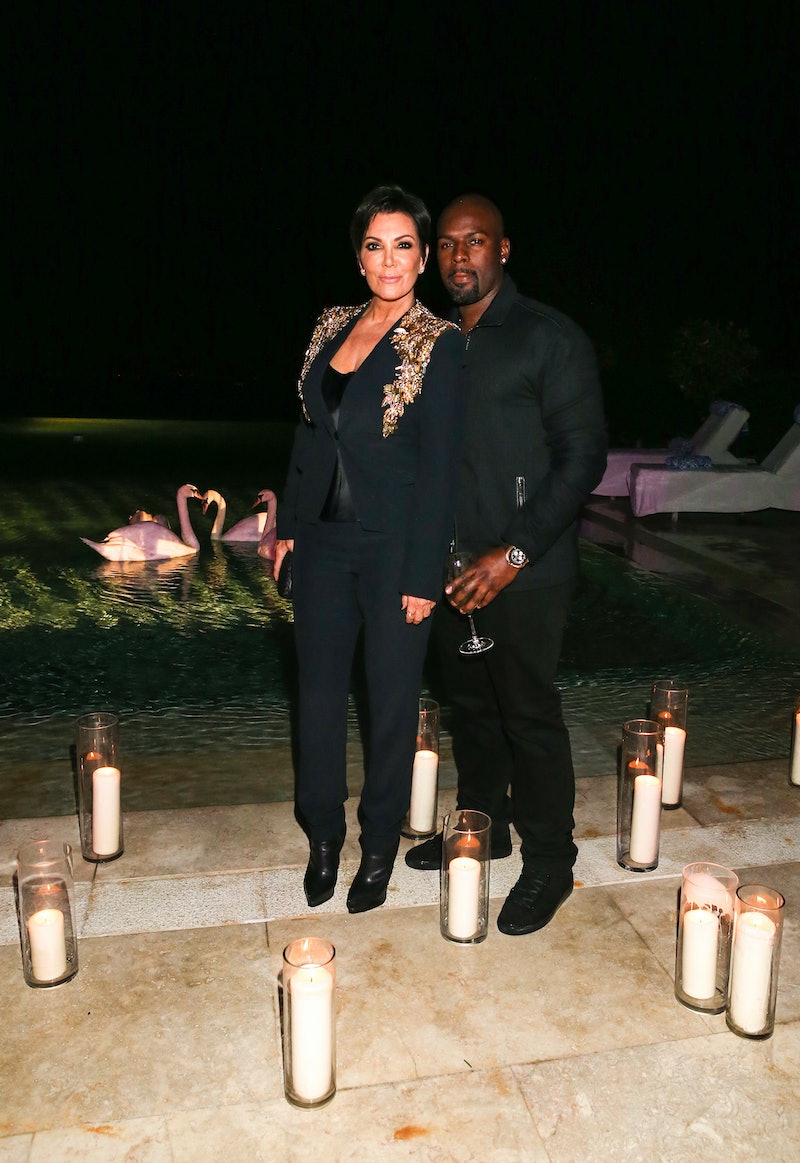 After hearing that Kris and Bruce Jenner were getting divorced last year, I was pretty shocked. If Kris and Bruce can't make it work, then who can? But they both seem to be doing pretty well on their own, especially Kris, who has spent the better part of the last year getting cozy with Corey Gamble, a music exec she's been seeing. Right from the get go, the odds were against them. As we're about to see on this season of Keeping Up With The Kardashians, her daughters didn't jump on board with their relationship right away, and the Kardashians are kind of a tight-knit crew. So what's the deal? Are Kris and Gamble still dating?

Based on recent reports, it doesn't sound like it. Of course, nothing has actually been confirmed by the Kardashian matriarch, but they haven't been seen together in quite awhile. According to Radar, Kris reportedly saw this relationship as a rebound and wasn't too invested in it in the first place, so she's not too surprised that it ended, which sounds a little callous, even for Kris. Let's give her some credit here.

And since Kris wasn't very open about the relationship from day one, I doubt we're going to get any definitive info directly from her or even from a rep anytime soon. After all, she's kept Gamble off of her Instagram for months, and, much like her daughters, Kris posts everything on Instagram. That's the only thing that's ever seemed suspicious about this relationship to me, and I'm saying that as someone who knows way too much about this family.

And if they did break up, it's not like Kris has been sitting around, mourning the relationship. She's having a way better week than any of us are:

I would be pretty bummed if Kris and Gamble are actually over — despite Kris being able to drown her sorrows in some margs on the beach. From what we have seen of their relationship, Kris seemed pretty happy around Gamble, and as overbearing a momager as she can be, she definitely deserves that happiness. Besides, isn't it going to be awkward for her watching their dating history play out on KUWTK if the relationship's over?