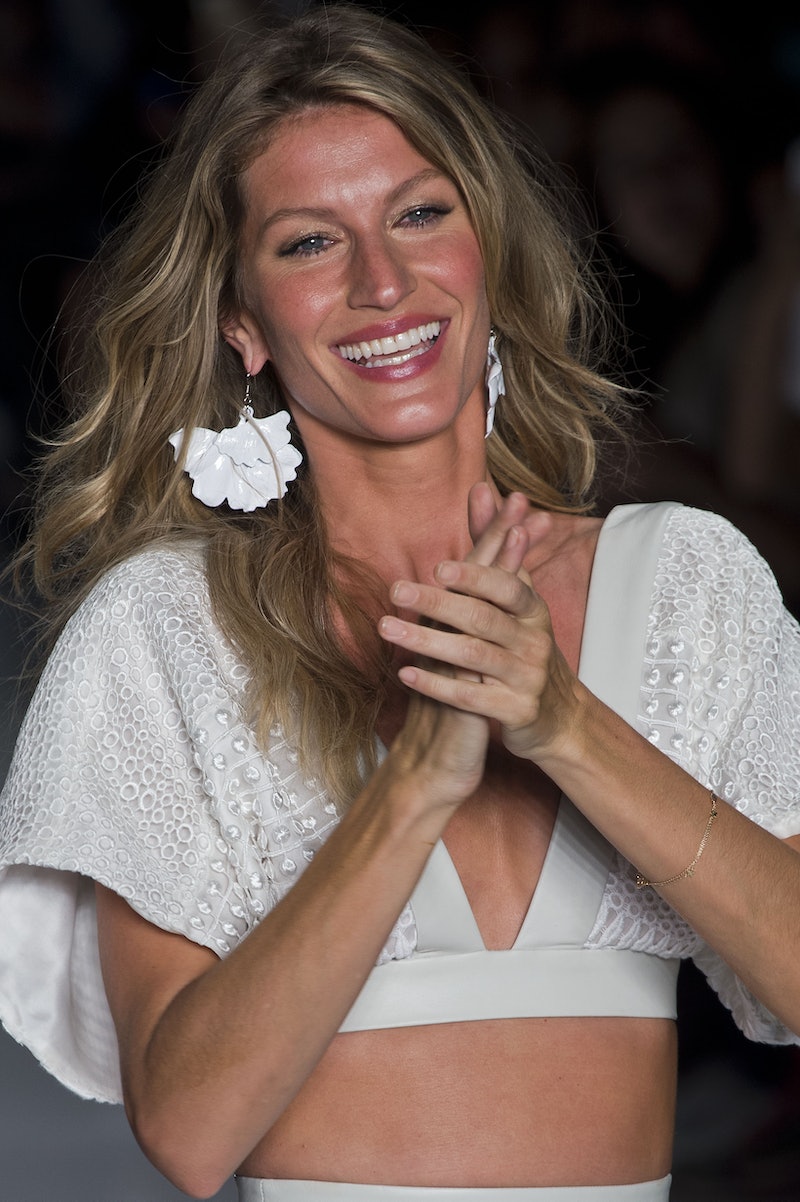 Surprise! Gisele Bundchen is not retiring from the runway, folks. After recent speculation of Gisele Bündchen leaving the runway forever, an IMG rep explained that the information was "lost in translation." Last week, Moda Estadão posted a tweet which sparked rumors of Bundchen's last runway show being in Brazil for São Paulo Fashion Week. She is slotted to walk the runway for Colcci’s 2016 summer collection, but to our delightful surprise, it most likely won't be the last time she'll be strutting her catwalk.

It was said that it was "Bündchen's dream to finish walking the runway in Brazil, her native country." So, when you put the two together, it's easy to misunderstand the situation and jump to conclusions. Thankfully, the conclusion wasn't 100% true this time.

The IMG rep said, "Gisele made no statement, the truth of the matter is that we still have a very strong relationship with several international brands for which Gisele may have to do shows - special projects - in the future. It's true that she doesn't do fashion week; she doesn't do 17 shows in all three cities, and she's not going to start. But that's not to say that she might not work on a special project in the future. The word retirement is a little bit of an extreme word." I agree. Retirement does make it seem like you're avoiding anyone and anything that belongs to normal civilization. And with Bündchen's beauty, there's no reason she should be saying farewell to the runway just yet.

So there we have it. The supermodel won't likely be walking fashion week, but that doesn't mean she'll be gone from the runway permanently. At least now we won't have to say goodbye!