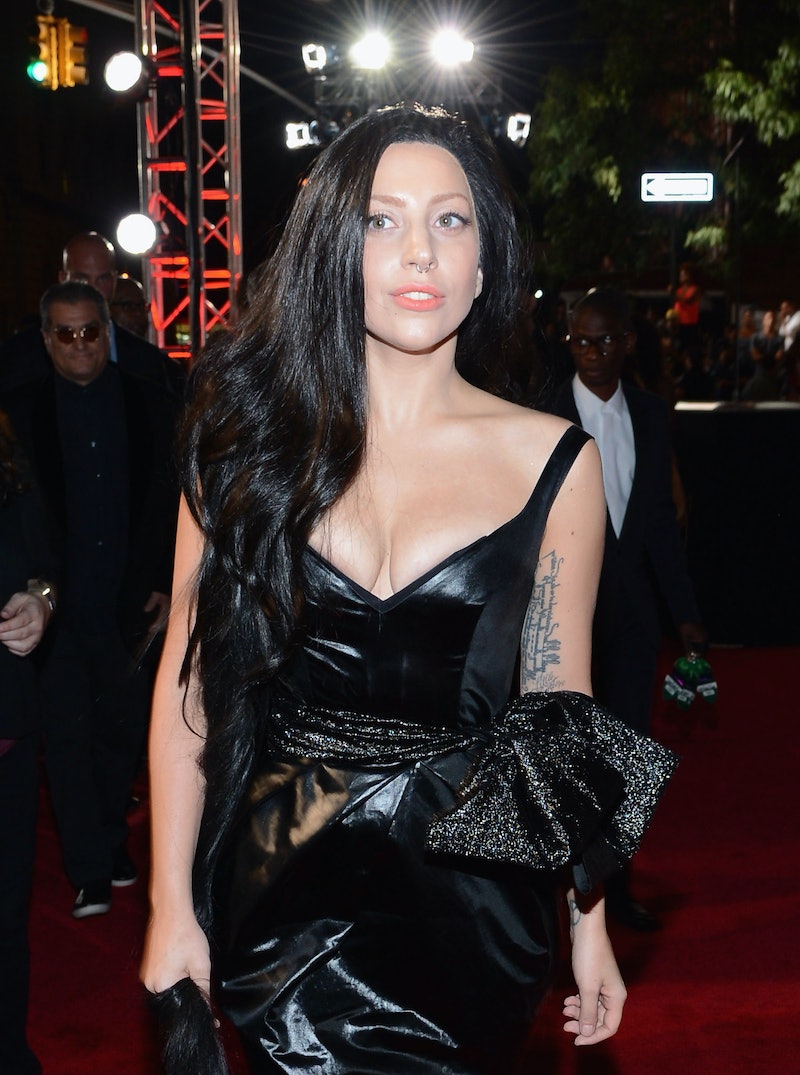 She probably won't be wearing her dress made of Kermit frogs during this, but wouldn't it be kind of great if she did? According to the Huffington Post, Lady Gaga is set to team up with the Muppets for an upcoming holiday special, which will air in mid-December. No details about what exactly the special will involve — a.k.a., nothing about the Kermit dress being apart of it — have been revealed, but it'll probably include a lot of flashy disco balls and maybe a glittery, pop rendition of some holiday song. We wouldn't have it any other way.

This is just one of many of Gaga's collaborations with the Muppets — as aforementioned, Gaga wore a dress made literally of Kermit frogs in a 2009 interview with German TV, and then proceeded to bring Kermit as her date to the MTV VMAs. (And you thought Miley was risqué.) She also filmed a cameo in 2011's The Muppets starring Jason Segel and Amy Adams, but it ended up being cut for time because someone in that editing room doesn't know the meaning of awesome. It's OK, though, because now we have this whole Christmas special.

Gaga x The Muppets (The Muppets go Gaga?) will air on ABC on Dec. 13. As for Gaga's upcoming album, ARTPOP — that'll be released on Nov. 8.