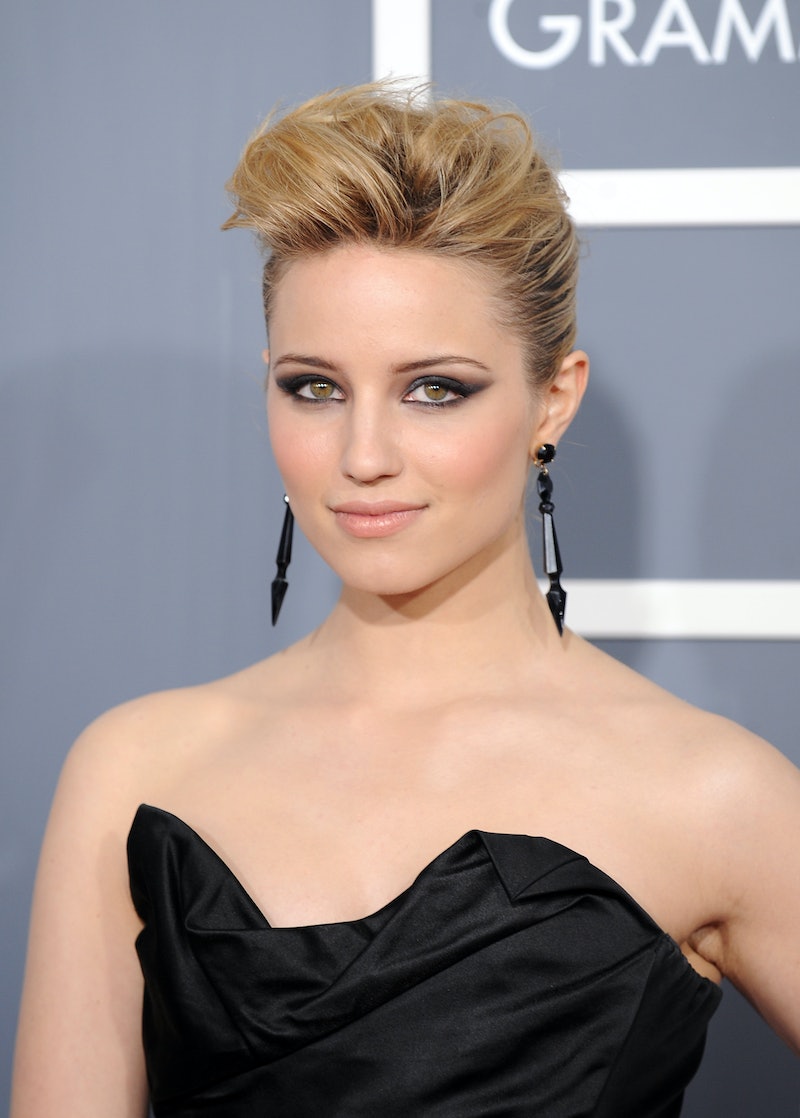 Now that Glee is coming to an end, a lot of triple threats have been unleashed on the entertainment world. Quinn Fabray no more, Dianna Agron already has her post-Glee role set up for her. She'll hit the stage in a play about late great avant-garde fashion designer Alexander McQueen. It's called McQueen: The Story of a Fashion Visionary, and it's showing from May 12th to June 6th at the St. James Theatre in London.

In the play, British actor Stephen Wright will play McQueen, and Agron will play a devoted fan. The plot of the play comes from an imaginative 2008 quote from McQueen: "I’ve got a 600-year-old elm tree in my garden. I made up a story: a girl lives in it and comes out of the darkness to meet a prince and becomes a queen." Rather than a biopic, the story focuses on McQueen's dark and dreamy vision. Agron's character, stalking the designer from the tree in his yard, eventually breaks in to transform herself with one of McQueen's dresses. McQueen, rather than throwing her out, welcomes her into his dreamy world.

The play sounds like the perfect tribute to McQueen's vision. If you are lucky enough to be in London this summer, tickets are available here. Agron certainly seems excited about it.

Doing a play has often been a way for younger actors to establish themselves as serious (think Daniel Radcliffe in Equus), which might be behind Agron's decision. She has quite a few completed projects coming out in 2015, including the gritty Bare, the cyber thriller A Conspiracy on Jekyll Island, and the dark romantic comedy Tumbledown . Her teenybopper days are officially over.