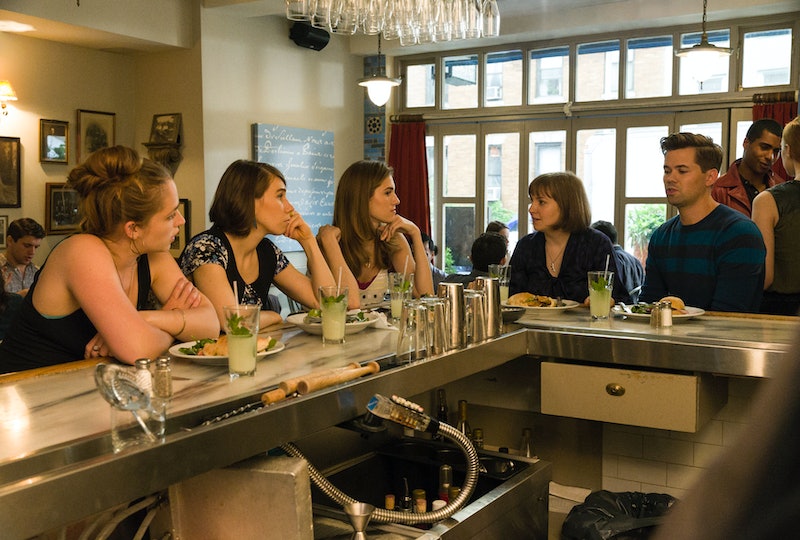 Is it just me, or does the Girls season finale always come way too quickly every season? It probably has to do with the fact that the show's seasons are half the length of every other show I watch, but I think it's more about the fact that I feel like the cast is made of people I'm actually friends with — and to me, that's the beauty of the show. Fortunately, even though Season 4 is coming to an end, HBO has already confirmed that Girls has been renewed for Season 5, so everybody can relax now. My next question: Is Season 5 going to be the last season of Girls ? I can find absolutely nothing that indicates that the answer to that question is yes, so everybody can chill out about that, too.

In fact, while at Paleyfest last month, Lena Dunham talked about her vision for the future of the show, and it definitely sounds like she plans to keep it going as long as people keep watching, especially since she has storylines she hopes to use in the future. Dunham said:

Like a campsite, I want to leave all our characters better than we found them…to take these girls to the next phase of their life. Something that’s amazing at working at HBO and not on a multicam sitcom is we really are allowed to let these characters grow and develop and change. There’s definitely fantasy storylines that we’re working towards.

Being that none of the main characters are too much better than when we first met them in Season 1, it's probably safe to say that we're going to get at least two more years out of this show, and if you ask me, that's a really good thing. It's mostly because this show is so dear to my heart, but I really don't think Girls should end with Season 5.

There's just too much character development left, and too many unanswered questions for the show to answer in what I assume will be another 10-episode season. I feel like it will truly be the end of the show when the audience isn't wondering if Hannah will actually be okay. She's had so many ups and downs in the past four years, and she's obviously grown as a character, but she's not done yet. And if you're anything like me and get way too attached to your favorite fictional characters, you probably agree that it would suck to walk away from the show wondering if she'll ever figure everything out.

And most importantly, although others may disagree, Girls still feels fresh to me. I still relate to the characters and I still feel like the things they're saying and the situations they're being put in are sparking conversations that someone needs to begin, and I'm glad that Girls is the one doing it.