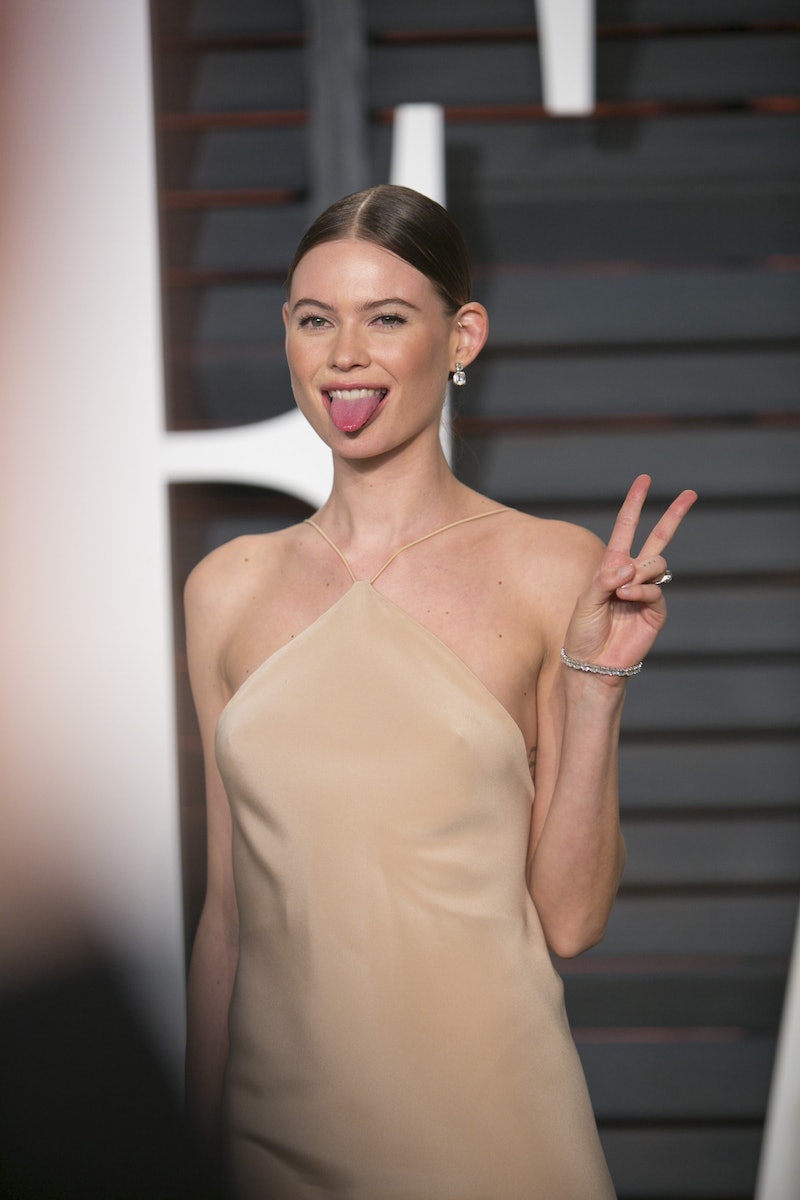 Behati Prinsloo has a "juicy" new gig. The model, aka Mrs. Adam Levine, will be the face of the new Juicy Couture fragrance, set to bow in July. In terms of apparel, Juicy Couture, formerly famous for its tracksuits and contemporary dominance, is now at mass, sold at Kohl's after shuttering its boutiques, but the fragrance remains prestige. Behati Prinsloo is the right model to rep Juicy Couture for a multitude of reasons, since the brand is currently going through a revamp.

While the name and notes of the new scent have not yet been revealed, Robin Mason, rep for Elizabeth Arden, which holds Juicy licenses, said that "in Behati we found the perfect girl to capture the spirit of the brand," labeling her a "dynamic woman with global appeal," according to WWD.

That's all true. Prinsloo is of South African origin, from Namibia, which is where Shiloh Jolie-Pitt was born. Yet she still feels... reachable and real girl-like. While Juicy's clothing is all about ultra-accessible tees with trendy, hashtag-worthy sayings, and sassy ensembles, the perfumes are on on the luxe end of things and have a slightly different vibe than the clothes, while still remaining true to the Juicy brand.

While Prinsloo is drop dead when it comes to her gorgeousness, and she is married to a master brander like Levine, who has his own line of his-and-her scents and male and female clothing lines at Kmart, I'm not sure exactly what direction the new Juicy fragrance will go in and who it will target. But I look forward to finding out.

Here's three reasons that Prinsloo is the smart choice to rep Juicy's fragrance.

Prinsloo has been a Victoria's Secret Angel and she is married to an extremely famous and almost overexposed singer, she herself is not overexposed. She's not a household name carrying a whole aircraft full of baggage.

Mrs. Levine has a young, fresh, and hip style, which will connect with the target demo Juicy will be trying to reach. It takes the focus off the notion of Juicy as a cute but somewhat cheesy brand, due to its tracksuit past. Sorry, I was so "anti" those Kardashian-ish ensembles.

Prinsloo's sexiness can also give Juicy Couture's new fragrance a boost. I've always thought of it a a young brand, and it is, but it can also obtain an air of sexiness that comes with an association of Prinsloo.

I can't wait for a whiff.