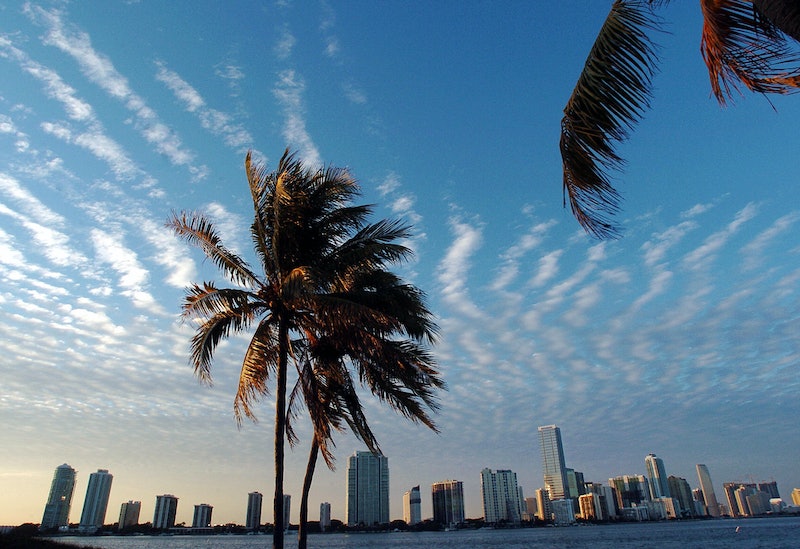 If you're looking for a story that's equal parts bizarre, distressing, and depressing, here you go: A recently filed complaint claims that acknowledging "climate change" in Florida got a state employee punished. Punished how, you ask? With a mandatory leave of absence and a mental health evaluation, considerable indignities for simply recognizing a well-established, overwhelming scientific consensus. So just how bad is Florida on climate change?

The answer is undoubtedly "really bad," and in context, it could be one of the worst, most frustrating head-in-the-sand situations in the country. It's all rooted in Florida Governor Rick Scott (a Republican) and his strident climate change denial politics — he reportedly instituted an unwritten ban on state employees using the words climate change or global warming, to say nothing of actually discussing those issues.

As detailed by The Guardian, that ban is what ended up ensnaring Florida employee Barton Bibler in a truly bizarre disciplinary situation. Bibler's complaint says he was taking official notes on a meeting of the Florida Coastal Managers Forum last month, and a couple of topics Rick Scott clearly doesn't like discussing came up — climate change, and the Keystone XL pipeline's environmental risks. Bibler, like any good note-taker, reflected this in his record of the meeting, mentioning sea level rise and climate change contingencies multiple times. He says that he was unaware of Scott's draconian ban, and claims it earned him an official reprimand.

And according to public employee rights group PEER, it came with an almost dystopian explanation: that Bibler had misrepresented the meeting's agenda, making it look as though the “official meeting agenda included climate change." In other words, whatever you do, don't admit we were taking a serious existential threat seriously! For his part, Scott denies that any such ban exists. But then again, maybe he's just mistaken. He's not a scientist, after all.

This is one of those stories you'd want to laugh at were it not so crucially serious. Especially for the people of the state in question — Florida, after all, is perhaps as vulnerable to the threat of rising tides as anywhere in the country. That Scott believes it an essential part of state government policy to keep an airlock on any discussion of it is one of the most reckless actions I can think of a governor recently making. All those Republican-led states who turned down the Affordable Care Act's Medicaid expansion, maybe? It's a tough call.

Hopefully the controversy surrounding this complaint and Scott's dismal record on climate change can help get this policy changed. After all, if any accomplished, motivated people in Florida are asking you to start planning for the effects of climate change, the appropriate answer is pretty simple. "Yes, thank you."