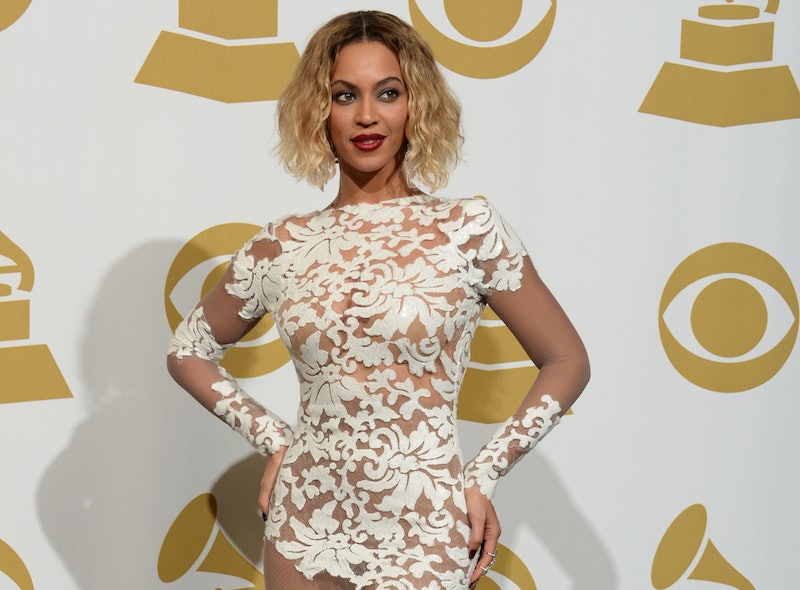 You know how they say that Santa Claus is watching you all year, keeping track of whether you've been bad or good to decide if you deserve presents that year? Well, from this moment forward, I'm gonna need you to pretend like Beyoncé is Santa Claus, and to be little angels from now until Christmas, because she's sitting on quite the present for all of us: AN ENTIRE COMPLETED, UNRELEASED ALBUM. (Pause for effect as your jaws hit the ground. Hold for applause. Resume previously scheduled broadcast.) Uh yeah I'm not kidding! Bey's producer The-Dream, who also worked with her on songs like "Single Ladies", "Run The World (Girls)", and "XO", added his official annotation to the Genius page for "End Of Time," in which he said that Beyoncé recorded 20 tracks of an album inspired by Fela Kuti, the Nigerian activist, artist, and musician who pioneered the Afrobeat movement:

We did a whole Fela album that didn’t go up. It was right before we did 4. We did a whole different sounding thing, about twenty songs. She said she wanted to do something that sounds like Fela. That’s why there’s so much of that sound in the 'End of Time'.

There’s always multiple albums being made. Most of the time we’re just being creative, period. We’re talking about B, somebody who sings all day long and somebody who writes all day long. There’s probably a hundred records just sitting around.

Oh my god stop. Just stop. It isn't fair, you're just teasing us now. Everyone be super good for the next nine months please, and maybe we'll find this (presumed) masterpiece in our stockings come Christmas Day. Fingers crossed!