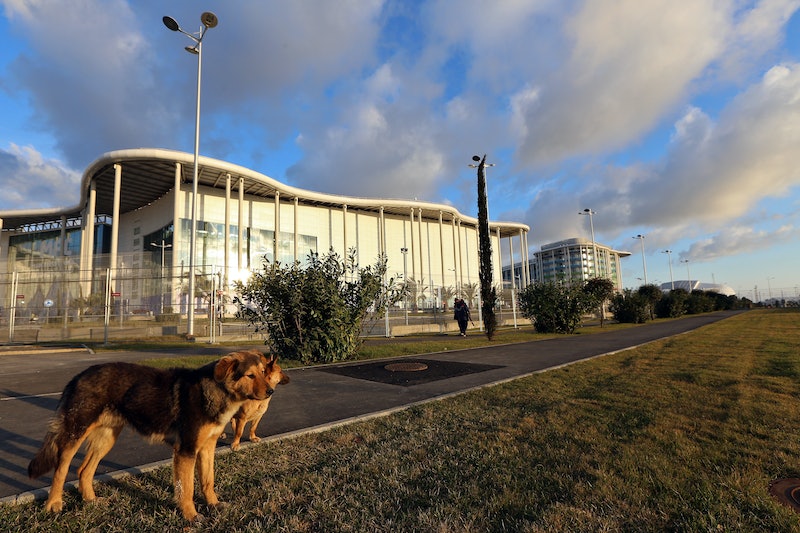 There is nothing sadder than a dog without a home. Actually, I can think of one thing sadder — 600 million dogs without homes. There are literally 600 million stray dogs in the world, and solutions for helping them are scarce and not always easy. Unfortunately, tens of thousands of dogs have been killed because of their overpopulation in urban areas in Europe and Asia, not to mention the animals euthanized every year by "kill shelters." But even "no-kill" shelters can be deadly for animals who are turned away by the no-kill shelter, and instead of having a painless death via euthanasia, they are left to die on the streets. It seems like a solution to this heartbreaking global problem is far-fetched. But in Cuba, the government is stepping in to help homeless dogs — more than a dozen institutions have taken in stray dogs to protect them from the city dogcatcher.

According to The Associated Press, in Cuba's Central Bank, state institutions are giving dogs official IDs and name tags to be worn around their collars. They are also providing housing and medical care year-round. Some of the dogs — 21, to be exact — are quasi-official government dogs, hanging around with police and saving the country from criminals who try to steal air conditioners.

The dogs find shelter in places ranging from public restrooms to museums and eat scraps from their providers. Five of them — four are pictured below — live in the Museum of Metalworks.

Stray dogs in Cuba have been a significant problem for years, as streets are overrun with them and they are a large cause of disease.

While Cuba is taking steps to take care of its lost dogs, what are other countries around the world doing? In Zimbabwe, officials reported Thursday that they have shot about 160 stray dogs in the last month and plan to shoot more in order to curb rabies. As more and more Zimbabweans turn to illegal breeding to make money, more dogs are turned out onto the streets and spread rabies.

Animal rights activists say the key to stopping the problem of overpopulation, which inevitably leads to a lack of resources for such a huge number of animals, is stopping excessive breeding. Activists have long been outspoken about stopping commercial breeders who charge for pets at the request of buyers. In 2010, PETA went so far as to air a controversial ad to encourage adopting shelter pets. The ad asks: "If you buy a dog, what will you do with the shelter dog you kill?" The video is below, and it's a little disturbing.

In addition to adopting shelter pets and ending the practice of commercial pet breeding, there are additional steps we can take. Shanghai implemented a one-dog policy in 2011 to curb overpopulation and rabies. The co-founder of PETA, Alex Pacheco, created an organization called 600 Million Dogs. The company's mission is to sterilize animals using pet food containing birth control so the animals will not produce any offspring who would also struggle to live on the streets. According to their website:

Our mission is to bring a permanent end to the constant killing of dogs and cats in the U.S. and around the world, by bringing an end to the uncontrolled breeding — by developing permanent lasting, birth control dog food and cat food … food that will only need to be eaten one time to produce infertility.

For now, the food — which is in trials — is only intended for dogs. But the organization says they plan to expand:

Our priority is to have these painless formulas replace poison as a means of stray dog population-control in much of the world.

As soon as we have a good handle on the dog formulas, we intend to move immediately onto formulas for feral cats.