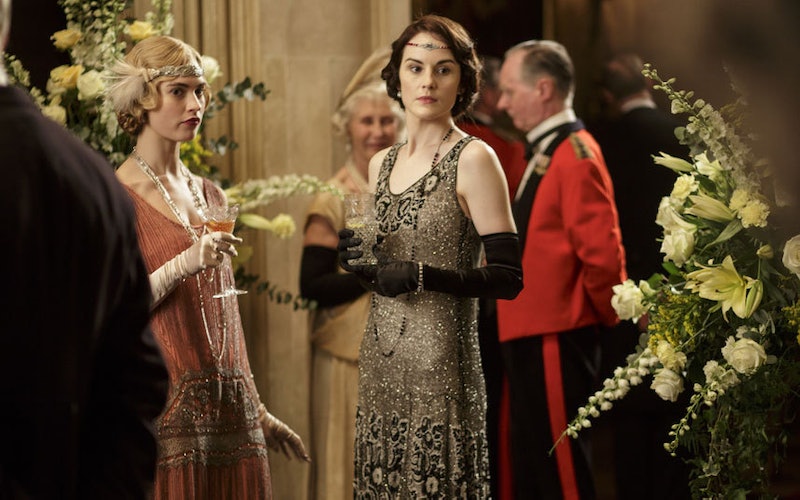 Though I'm pretty sure the appropriate reaction to this news is a big, fat, dramatic "nooooooo," trust me — as sad as I am to be reporting this, even I have to admit that there's good reason for this devastating turn of events. According to TV Line, Downton Abbey Season 6 may be the last for the series, meaning that the show — which finished airing Season 5 in the UK this past December — could be over by the end of this year.

Like I said: Screaming, crying, and wailing your denial is perfectly acceptable behavior right now.

Until confirmed by the show's network and creators, however, it may be best to take this news with a grain of salt — however, all signs do seem to point to it being true. As TV Line reports, sources have confirmed to the site that the decision to end Downton Abbey after Season 6 was a "practical one," made mostly because "the cast’s contracts expire at the end of Season 6 and, with one or two possible exceptions, the actors are ready to move on."

Considering the show has been on the air since 2010 and has made stars of the main cast (Michelle Dockery, for instance, has been in high demand since taking on the role of Lady Mary Crawley in the series), it makes sense that they'd want the series to end so they can focus on other projects. Plus, six seasons is a long time for any show — more often than not, when a show moves beyond Season 6, episodes begin to disappoint and plots go stale. If this news is true, it's the right decision.

Season 6 of Downton Abbey is set to premiere later this year.

More like this
The 'First Kill' Cast & Fans Are Disappointed Over The Show’s Cancellation
By Brad Witter and Sophia Moore
Does 'Locke & Key’s Ending Mean There Could Be A Season 4?
By Sophia Moore
'The Simpsons' Will *Finally* Address How They “Predict The Future”
By Sam Ramsden
It’s Official: 'The Bachelorette' Is No Longer A Fairy Tale
By Samantha Allen
Get Even More From Bustle — Sign Up For The Newsletter