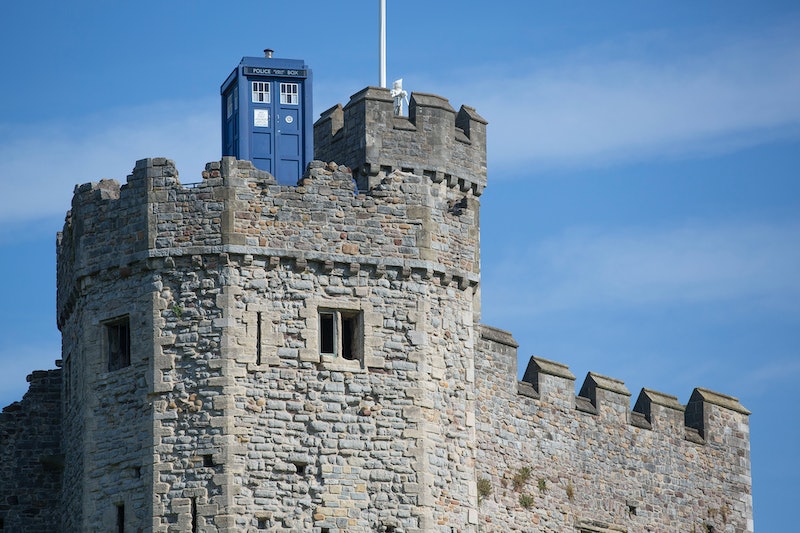 This is a book that would behoove Whovians to peruse. Douglas Adam’s much-loved Doctor Who script, City of Death, is going to become a novel by author James Goss.

Adams wrote the City of Death scripts in 1979 when he was hot off the success of a small BBC radio series called The Hitchhiker’s Guide to the Galaxy (maybe you’ve heard of it?) The story goes that a Doctor Who producer discovered one day that several scripts that were scheduled to be shot the following week hadn’t yet been written. Here’s Adams telling the story to his biographer, Jem Roberts, in The Frood:

“This was Friday, and the producer came to me and said, ‘We’ve got a director coming on Monday, we have to have a new four-episode show by Monday!’ So he took me back to his place, locked me in his study and hosed me down with whisky and black coffee for a few days, and there was the script.”

The result was one of the most popular seasons in Doctor Who’s lengthy history – in the 26 years since City of Death aired in 1979, it has been viewed by 16 million people. The story follows the doctor on his vacation to Paris, which quickly turns into a battle for the future of the planet. Count Scarlioni wants to destroy it, you see, and is funding the project by selling off a slew of Mona Lisas. (Planets don't come cheap.) Chaos, hilarity, and time travel ensue.

The author of the new novel hopes to remain true to all aspects of the hilarity, but he knows he’s trying to please a tough crowd. James Goss told the Guardian,

“It’s a book Douglas Adams was supposed to write … When you’re essentially ghost-writing, and for someone as good as Douglas Adams, you know readers will say: ‘That’s not how Adams would have done it.’”

Goss isn’t exactly an amateur. He’s written two Doctor Who novels and produced a BBC radio version of Shada, an unfinished Doctor Who story also by Adams. Goss told the Guardian he was not writing to improve, but to enhance.

“Because City of Death was so hurriedly sketched out, we don’t know who many of these characters really are.”

His readers will find out on May 21, 2015, when City of Death is officially released.

More like this
The 'House Of The Dragon' Showrunners Revealed One Key Similarity With 'GoT'
By Grace Wehniainen and Kadin Burnett
'The Sandman’s Ending Is A Departure From Neil Gaiman’s Comic Book Series
By Kadin Burnett
50 Dystopian Books To Read Now
By K.W. Colyard
50 Books To Read With Your Book Club
By K.W. Colyard
Get Even More From Bustle — Sign Up For The Newsletter