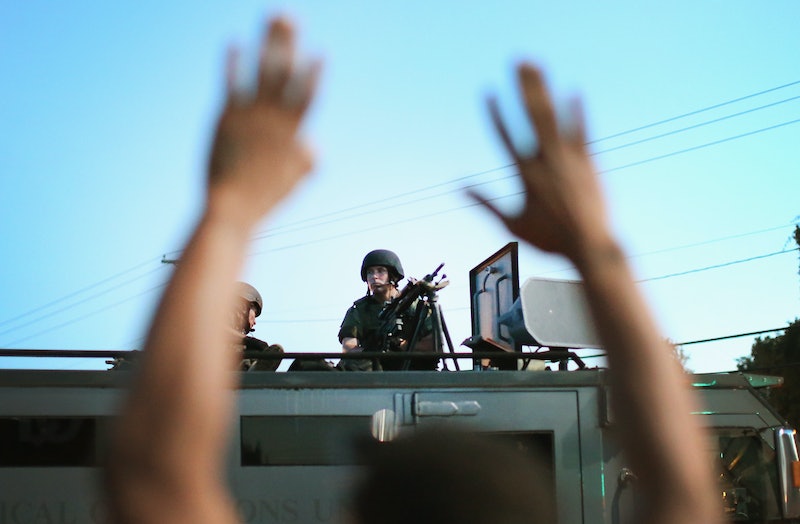 It’s the document that told us the truth about “Hands Up, Don’t Shoot.” It’s the report that forced the resignation of two of Ferguson’s most powerful officials, City Manager John Shaw and Chief of Police Thomas Jackson. It’s the news that enraged everyone and surprised no one. It’s the U.S. Department of Justice’s “Investigation of the Ferguson Police Department” and the shooting of Michael Brown, and it’s coming to bookstores nationwide in July.

The publishing house New Press has announced that it will be publishing the findings of the DOJ’s six-month investigation on Ferguson, the Missouri town whose name became synonymous with racial injustice. The reputation was only strengthened by the report’s findings that city officials urged arrests to bolster revenue, that African-Americans were targeted by prejudiced police officers, and that 16,000 of Ferguson’s 21,000 citizens are wanted criminals with outstanding warrants.

While the initial report is available online for free, the New Press edition will include an introduction by former NAACP Legal Defense and Educational Fund Theodore M. Shaw.

And it will join the ranks of the "The Senate Intelligence Committee Report on Torture" and the Pentagon Papers, both of which were sent to the presses because of the significant role they played in United States history.

When U.S. Attorney General Eric Holder announced the release of the report in early March, he called it "searing." He said,

"Even as we issue or findings in today's report, our work will go on … The report that we have issued and the steps that we have taken are only the beginning."

More like this
The 20 Best Audiobooks To Fall Asleep To
By Aoife Hanna and K.W. Colyard
Yomi Adegoke On The Offline Diaries & The Power Of Representation
By Jessica Morgan
Manchester Arena Attack 5 Year Anniversary
By Ella Glover
Twitter Was Saying The Same Thing About Sam Ryder’s Surprising Eurovision Result
By El Hunt
Get Even More From Bustle — Sign Up For The Newsletter