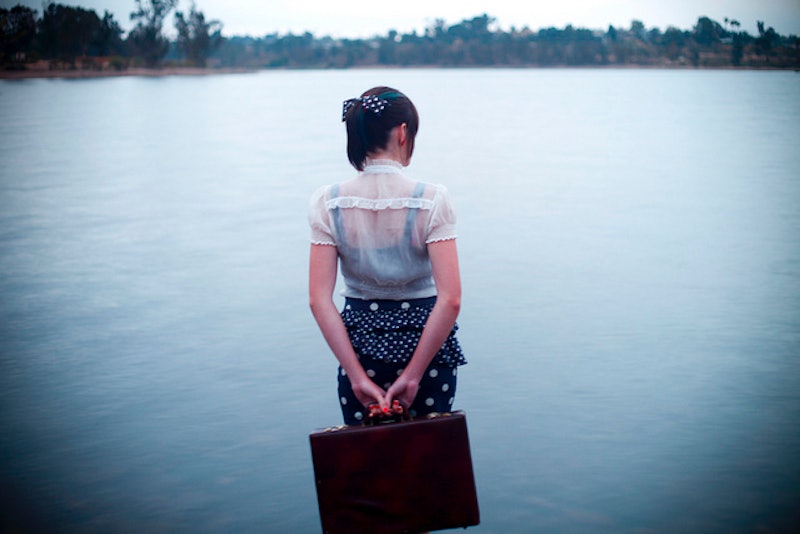 You have two options when it comes to the Association of Writers and Writing Programs Annual Book Fair and Conference (a cult-like literary gathering known as AWP 2015 Minneapolis): You can be motivated by the gargantuan number of creative-types and their freshly inked indie books... or you can be crushed by it. That's why you should go armed with some AWP 2015 tips.

I'm serious. There's a lot to gain from the gathering, like inspiration from authors and panel presenters who share such wisdom as “Do not aspire to be the tiger, aspire to be the sparrow that sits on the tiger’s back” (Dobby Gibson, 2013). Or there's the other route, which is being so overwhelmed by the thronging crowds and the seemingly endless literary dialogues that you fall asleep the instant your butt hits the chair.

My first time at the conference — three years ago, in Chicago — is still my most beloved. With its amateur writers and literary powerhouses, hipsters and dweebs, books for days, the conference felt like the place to which I most belonged. It was a bibliophile’s paradise. It was also the most hectic and, by far, the most traumatic of my AWP experiences. I made pretty much every rookie mistake you can think of (and ended up driving 16 hours overnight in a rental after missing my flight, but that’s another story).

Over the years, I learned that, in order to tackle the epic chaos at AWP, one must find a method to the madness. As someone who’s been a panel presenter, booth inhabitant, and general spectator, I thought I’d share some of my insights and advice. If you’re gearing up for AWP 2015 Minneapolis, especially if it’s your first time, devise a strategy, and don’t make the same mistakes I did!

Stay In a Hotel As Near To The Conference As Possible

Seems like a no-brainer, right? Not when you’re trying to pinch pennies! One year, I stayed at a rental about three miles from the conference, which turned out to be a taxi dead-zone (resulting in the aforementioned missed flight). Another year, I stayed about a mile away and had to trek through a blizzard towing a suitcase full of books and a backpack full of food. Miserable! Save yourself from a head of gray hair and go for one of the Conference Hotels — or as near to them as you can possibly get.

Set a Budget For Books and Merch

Better yet, make a list of books and journals you can’t live without and stick to it! Leave a little wiggle room for T-shirts, notebooks, and yet-to-be-discovered wares. You don’t think it’ll be a problem until you witness the vastness of the AWP book fair. Bring cash! Note: For the best bargains, wait until the final day of the conference.

Locate Your Favorite Lit Mags At the Book Fair Beforehand

Think if you mosey long enough through the isles you’ll happen upon your favorite publishers? You won’t! You’ll stumble on lots of other things you didn’t know existed, but you likely won’t make it very far. Make a point to visit the booths you love best, or else you’ll never know what cool things they’ve designed this year. (Sangria! Cardboard cutouts! Tarot readings! I'm not kidding!)

My first year, I took every bookmark, rubber duck, lip gloss, and matchbook that crossed me. Most of it ended up in the hotel trashcan because, well, swag doesn’t fly for free!

Be Realistic About the Number of Panels You Can Attend, and Take Notes

I’m always tempted to cram as many panel discussions as possible into each day of the conference. With more than 30 panels every hour, the schedule can make any literary fanatic swoon. You won’t want to miss a second of it, but if you try and hit them all, this will happen:

My rule is a max of five per day, and even that’s a little on the ambitious side. Don’t forget your notebook and pen, or the wisdom you acquire will turn to mist in the commotion.

Get Your Books Signed

By no means do I recommend waiting in a three-hour line for Karen Russell to ink your copy of Swamplandia! (though, Karen Russell, squeeee!). But several small-press authors will haunt their publishers’ booths at the book fair, and having your book signed by them is a great opportunity (maybe your only one) to introduce yourself and sing their praises.

Carry Business Cards, and Have Your Pitch Ready

You’ve probably heard rumors of amateur writers bumping into agents and landing six-figure book deals. It’s a long shot, for sure, but who’s to say it can’t happen? Should you happen upon a rep from Penguin or Random House, and she asks about your manuscript, be prepared to say something intelligent and direct. Otherwise, you’re likely to limp around the rest of the conference, bemoaning your mouthful of foot.

Suspend your aversion to Twitter, if only for a few days. Contests, giveaways, signings, off-site events, all of it can be found in one convenient place: #AWP15. You’re missing half the action if you don’t keep one eye glued to social media.

My most formative AWP memories have almost always followed offsite events. From drinking too much free sangria and being brought to tears by McSweeney’s poet Rebecca Lindenberg, to happening upon a rave behind an empty storefront in downtown Chicago, to bumping into old friends at midnight on a street corner in Seattle — anything can happen (and probably will) during offsite events.

Find a Minneapolis Hotspot and Take a Day Off

You’re in a new city — go explore! Shake off the convention claustrophobia and take advantage of this mini-vacation. You’ll regain your appreciation for your unique, book-loving tendencies once you set foot in a museum, aquarium, or park, and you’ll gain a deeper appreciation for the city you’re briefly inhabiting.

Keep Your AWP Catalog For at Least a Few Months

What was the title of that panel that blew your worldview to pieces? Who was that author with a super stimulating presentation about environmentalism and fairy tales? Which editors encouraged you to submit your work to their journals? In the fallout of AWP, your brain will likely fail you. But fear not! Your AWP catalog holds the answers.

It might be spring where you’re coming from, but Minneapolis is cold. Don’t be that girl racing through the snowfall in a T-shirt and leggings. Check the weather beforehand and bring appropriate clothing, and you might just bypass the post-AWP mix of fatigue, sickness, and hangover that has been known to plague conference-goers.