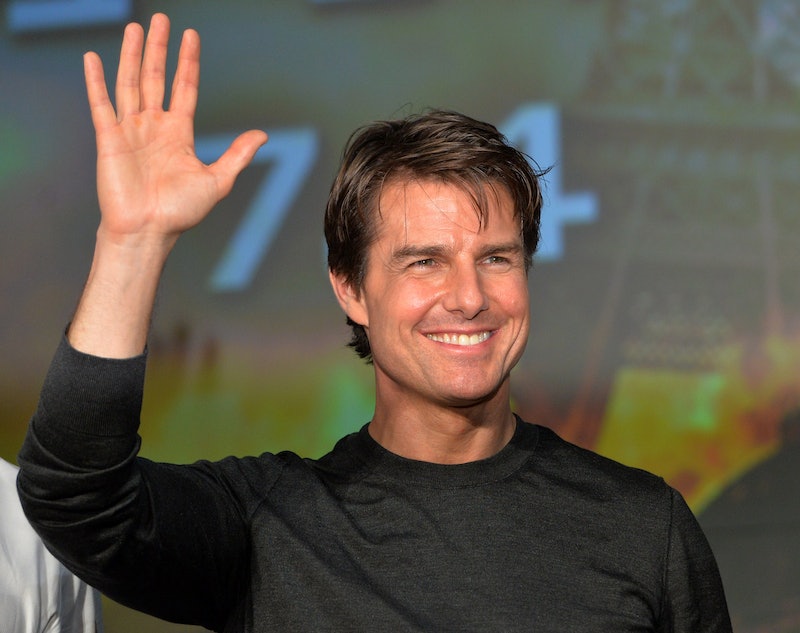 The Mission: Impossible franchise and Tom Cruise have still got it. The fifth movie of the big-screen series, called Mission: Impossible — Rogue Nation , dropped its trailer today and it's got all the epic stunts you want from an MI movie: Cruise at 52 years old is as buff as ever playing Ethan Hunt, who is shown beating up bad guys and hanging off flying jet liners (seriously). Rogue Nation, coming out on July 31, is as rogue as it gets and it even justifies the fact that the movie won the rights from Star Wars to be called "rogue" first.

A few weeks ago, the movie was merely known as Mission: Impossible 5 before revealing its name, which just happens to share a keyword — rogue — with Disney's Star Wars stand-alone spin-off movie, Rogue One. It's not wise to mess with Disney or Star Wars, but luckily Paramount (MI's studio) made all the right moves to ensure that MI could go "rogue" without stepping on the now mouse-eared space-franchise's toes. After all, director Gareth Edward's Rogue One is being released way off in December 2016 and its own plot is kind of a mystery (is it about X-Wing pilots? Will star Felicity Jones play one?).

I don't know everything about the new MI movie just yet, but here the ways the trailer is truly and epically rogue — in GIFs.

Tom Cruise Just Doing Back Flips While Tied Up

Can anyone — or anything — stop Ethan Hunt?

Taking out two bad guys at once in a narrow alley — don't worry, Hunt will be able to get out of this one.

His intrigued expression has me intrigued. What could he be reading?

A Car Flying Through the Air BACKWARDS

And Tom Curise Hanging Off a Jet

Let's See That One Again

Summer can't come soon enough. Watch the trailer below for a taste of the action.

More like this
Yes, You Do Know The Song From The 'Black Panther: Wakanda Forever' Trailer
By El Hunt
Everything You Need To Know About ‘Black Panther: Wakanda Forever’
By Bustle Editors and Radhika Menon
What’s New On Netflix: 'Never Have I Ever' & 'Indian Matchmaking' Return
By Arya Roshanian
At 14, Rachel Sennott Had A Sexual Awakening While Reading 'Twilight'
By Samantha Leach
Get Even More From Bustle — Sign Up For The Newsletter